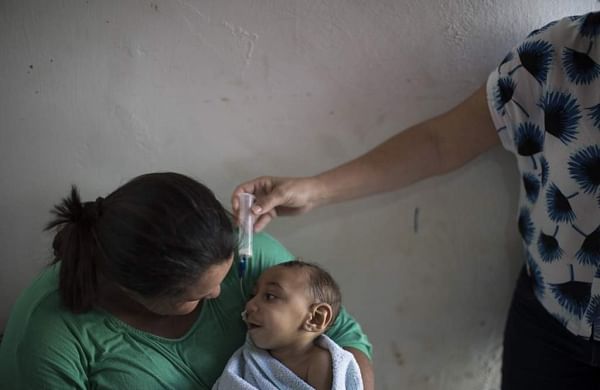 NEW DELHI: Zika is silently spreading across almost all parts of India and in areas where it had never been reported earlier, thus establishing local transmission of the disease, according to scientists at the Indian Institute of Medical Research (ICMR)-National Institute of Virology (NIV) in Pune.

The study, published in Frontiers of Microbiology, said there would be an increase in Zika cases during monsoon when vector-borne diseases like dengue and chikungunya see a hike.

According to the lead author, Dr Pragya Yadav, a senior scientist at ICMR-NIV, Pune, from 2017 to 2021, the presence of Zika has been reported in 16 states and union territories of India.

The study, like, a vector-borne diseases detected in newer states of India amidst the Covid-19 pandemic, said the virus, spread by daytime-active Aedes mosquitoes and has been found in Delhi, Amritsar (Punjab), Aligarh and Kanpur (Uttar Pradesh), Jaipur and Jodhpur (Rajasthan), Pune (Maharashtra), Ranchi (Jharkhand) Hyderabad (Telangana) and Thiruvananthapuram (Kerala)- places which have a high population density.

Our study indicates the spread of the Zika virus to several states of India and an urgent need to strengthen its surveillance, a study, which was published recently, he said.

The study said continuous and enhanced surveillance for Zika along with dengue and chikungunya with emphasis on the ante-natal screening is the need of the hour  as it is associated with microcephaly and congenital disabilities in newborn babies.

It highlighted that when the whole health system was focused on fighting Covid-19 and its related aspect in a long tiring battle, vector control was a compromise and massive rain in some of these states provided additional opportunities to enhance the breeding sites and mosquito population.

Dr Yadav said as, after 2020, public health surveillance of the Zika virus could not be continued with the same vigour due to the Covid-19 outbreak; they stored the samples for Zika testing for the future.

As the Zika outbreaks were reported from distant locations over six months in 2021, a retrospective screening of Zika from May to October was done to understand the extent of the spread of the disease in India, she added.

Around 1,520 patient’s samples, out of which 67 were found positive for Zika, three of which were cases of co-infection. All 67 like-positive patients were symptomatic with fever and rashes.

The study said that about 13.43 percent of patients were hospitalised, while 86.56 percent (58) of the cases were managed on an outpatient basis. Four patients faced severe respiratory distress, one patient had seizures, and one case of suspected mild microcephaly at birth was reported from Thiruvananthapuram, Kerala.

What was worrying was that no history of inter-state travel or contact with a Zika-positive traveller could be found.

Zika virus, which was declared a Public Health Emergency of International Concern in January 2016 by the World Health Organisation (WHO), has so far been detected in Gujarat (2017), Tamil Nadu (2017), Rajasthan (2018), Madhya Pradesh (2018). In 2021, Zika was reported in Kerala, Delhi, Uttar Pradesh, and Maharashtra.

With the massive upscaling of the Covid-19 RT-PCR testing laboratories in India, this network can also be re-purposed for augmenting Zika testing in the country. Along with these efforts, it is also essential not to lose sight of effective vector control measures and focus on developing a safe and effective vaccine for Zika, which could be administered to pregnant women, the report said.