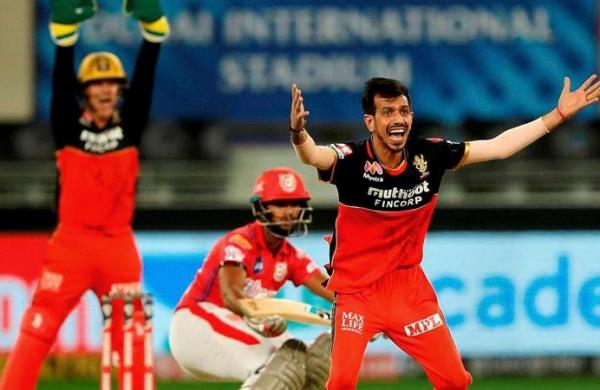 By IANS
MUMBAI: Royal Challengers Bangalore (RCB) spinner Yuzvendra Chahal pointed out the similarities between the Punjab Kings’ jersey with that of RCB’s by playfully welcoming captain KL Rahul and Chris Gayle to the franchise.

“Welcome to @RCBTweets boys @henrygayle @klrahul11,” said Chahal in his tweet with a video of Gayle and Rahul having a chat on the field wearing the Punjab jersey during their match on Monday against Rajasthan Royals.

Punjab Kings scored a mammoth 221/6 with captain KL Rahul scoring 91 off 50 balls. However, RR almost pulled off an epic chase with their captain Sanju Samson scoring an extraordinary 119 runs off just 63 deliveries. However, they fell just four runs short with Samson being dismissed off the last ball of the match and RR’s innings ended on 217/7.