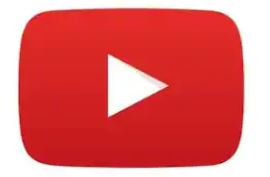 Google-owned video streaming giant YouTube faced a global outage earlier in the day today due to some issue which seems to have been fixed since then. It is not known what caused the outage but the live map on outage tracking website Downdetector.com shows that the major effect was in North America, with parts of Europe, Asia, and Australia also witnessing issues with YouTube. Reports said that YouTube was down for about an hour.

According to user reports on social media, YouTube was not able to play videos during the outage and showed an error saying, “an error occurred. Please try again later.” YouTube itself took notice of user reports on social media, as the company sent out a tweet from its official Twitter handle, saying that it has taken notice and is working on a fix. “If you’re having trouble watching videos on YouTube right now, you’re not alone – our team is aware of the issue and working on a fix. We’ll follow up here with any updates,” Team YouTube said in a Tweet. About two hours later, the company said that YouTube services are back up and running, further apologising for the interruption.

According to Downdetector.com, the maximum number of outage reports came in at around 6:39AM IST with as many as 3,500 users reporting that YouTube is down. Reports online have also said that the outage also affected other services that use the YouTube infrastructure like YouTube TV and movies and TV shows purchased via Google TV. At this moment, it seems that the issue was only with YouTube and no other Google service.