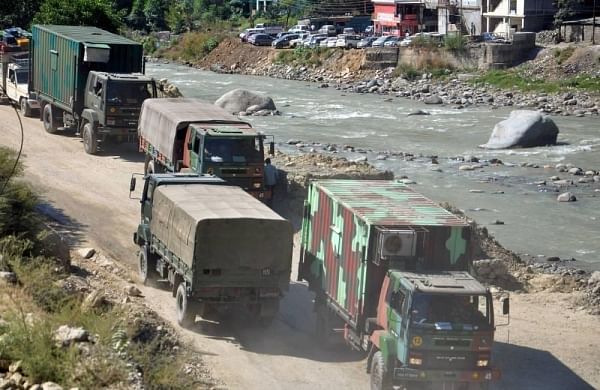 NEW DELHI: The Congress Friday questioned Prime Minister Narendra Modi’s “silence” on reports of China renaming 15 places in Arunachal Pradesh in their own language and calling the north-eastern state as South Tibet.

“A few days back, we were remembering India’s glorious victory in the 1971 war. Wise and strong decisions are necessary for ensuring the security and victory of the nation. You cannot win with empty rhetoric,” former Congress President Rahul Gandhi said on Twitter, referring to a news report on the Chinese move.

“As the year ends, China threatens our territorial integrity and sovereignty. China has already transgressed & occupied Depsang Plains & Gogra Hot Springs in Eastern Ladakh. China has set up a village in Arunanchal. Mr.56″ refuses to say a word. Weak Govt, Mum PM,” Surjewala said on Twitter, the 56-inch-chest jibe being a reference to Modi’s assertion during the 2014 parliamentary election campaign that he would adopt a strong policy on national security.

Addressing a press conference here, Congress spokesman Gourav Vallabh wondered when the Prime Minister would “look China in the eye” and take strong steps to counter its moves.

“Will our response be limited to banning Chinese apps, while India-China trade crosses the 100-billion-dollar mark,” Vallabh asked.

He said the government should respond to Chinese moves strongly and assured the support of Congress in every such step.

According to the Chinese state-run Global Times, the country’s Ministry of Civil Affairs announced on Wednesday that it had standardised in Chinese characters, Tibetan and Roman alphabet the names of 15 places in Zangnan, the Chinese name for Arunachal Pradesh.

India had strongly rejected China’s action and asserted that Arunachal Pradesh has “always been” and “will always be” an integral part of India and that assigning “invented” names does not alter this fact.