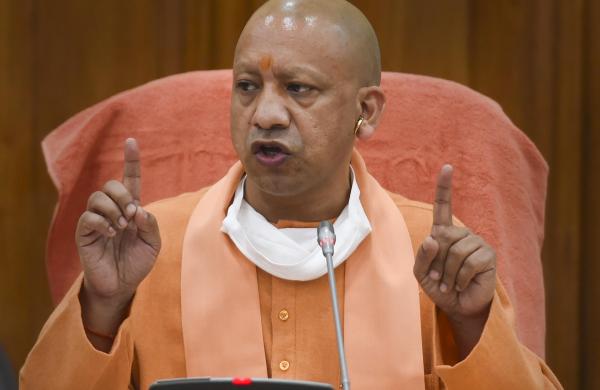 By ANI
LUCKNOW: Referring to the murder case of Hathras, Uttar Pradesh Chief Minister Yogi Adityanath on Wednesday questioned the association between Samajwadi Party (SP) and criminals in the state.

“Yesterday’s unfortunate incident in Hathras has brought the Samajwadi Party to light again. Doesn’t SP have an association with the accused? Why is there an association between SP and every criminal? There is SP rally in Hathras today and posters for rally put by the accused,” Adityanath said in the Assembly during the debate on the state budget for 2021-22.

Amrish Sharma, a resident of Hathras was shot dead by the main accused, Gaurav Sharma and his friends. The deceased had filed a case against Gaurav Sharma in July 2018 for allegedly molesting his daughter at a village in the Sasni police station area, Uttar Pradesh police said.

UP Police has announced a cash reward for information on the accused in Hathras murder case.

“Out of four accused one (Lalit) has been arrested and we have announced award money over the remaining accused (Rohtas, Nikhil and Gaurav) for their arrest,” Superintendent of Police (SP) Hathras, Vineet Jaiswal told media on Wednesday.

Terming the previous state budgets presented by Samajwadi Party (SP) as “directionless”, Adityanath said, “The Samajwadi Party’s budgets were never welfare-oriented. The party had no agenda for development and no far-sighted vision.”

“From 1947 to 2017, less than 2 per cent of the people in rural areas of the state were linked to household tap scheme. We have got it up to 10 per cent. In the next 9 months, we are coming up with an action plan for 30 thousand villages in Bundelkhand and Vindhya region and implementing the plan for drinking water through the pipeline,” he said.

He also said the provisions for farmers, youngsters and women in the budget document were lauded by various chambers of commerce like the CII, the FICCI, the ASSOCHAM and the PHDCCI.

The Uttar Pradesh government presented the last budget of its current tenure last week with an outlay of Rs 5,50,270.78 crore. It is the largest budget so far in the history of the state.