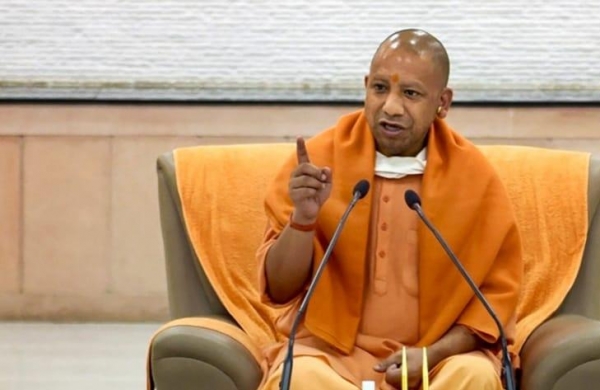 By PTI
LUCKNOW: Uttar Pradesh Chief Minister Yogi Adityanath on Tuesday sent a team of three ministers to Uttarakhand for better coordination with the state in carrying out relief works after the glacier disaster, an official spokesman said here.

A portion of the Nanda Devi glacier possibly burst through its banks in Uttarakhand’s Chamoli district on Sunday, leading to an avalanche and a deluge that ripped through the Alaknanda river system in the upper reaches of the ecologically fragile Himalayas.

Twenty-eight bodies have been recovered so far and around 170 others are missing.

“The chief minister has made a committee of three ministers to visit Uttarakhand for better coordination with the state.

The members of the committee included Suresh Kumar Rana, Vijay Kashyap and Dharam Singh Saini, who have left for Uttarakhand on Tuesday,” he said.

A control room has also been established at the Relief Commissioners’ office, he said.

Control rooms have also been set up in districts affected by the tragedy and administration, police and irrigation department employees are deputed there.

Rana said, “We will meet the Uttarakhand CM Trivendra Singh Rawat and work will be done in coordination to cremate those who lost their lives in the tragedy.”

Adityanath had on Monday directed officials to initiate effective action in collaboration with the Uttarakhand government for tracing people from the state who have gone missing in flash floods in the hill state, an official said.

Adityanath had also talked to his Uttarakhand counterpart Rawat and assured him of all possible help, the spokesperson said.

He announced that an ex gratia of Rs 2 lakh will be given to the dependents of each of the natives of the state who have died in the incident from the Chief Minister’s discretionary fund besides proper treatment to those injured.