Yediyurappa hints at pact with JD(S) for legislative council elections 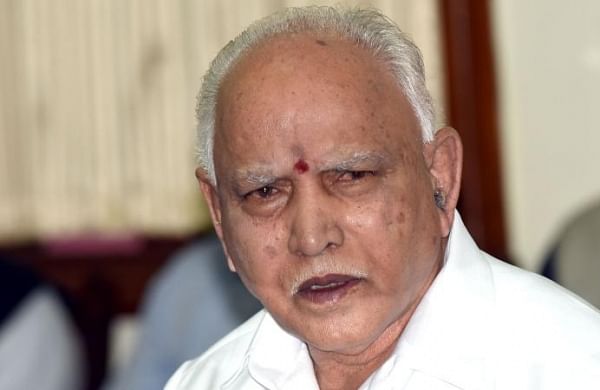 DAVANGERE: BJP may join hands with JD(S) in the ensuing legislative council elections (local authorities) for the 25 seats that are going to polls on December 10, former CM BS Yediyurappa on Wednesday hinted.

Addressing an election rally in favour of Shimoga-Davangere constituency DS Arun at Santhebennuru and Channagiri public meetings, Yediyurappa said BJP will decide on the issue of getting support from JD(S) shortly and we will request them to support us. “We will decide on getting JD(S) support at the earliest,” the former CM said.

Exuding confidence of winning 15 out of 20 constituencies that are going to polls on December 10, he said BJP will get absolute majority in the legislative council and the BJP wave is still intact all over the state.

Yediyurappa also said that the second round of campaigns for the elections have begun and the victory will boost the confidence of the party workers. All the ministers, elected representatives of the party have started campaigning for the party candidates and victory is certain.

Taking a dig at Congress, Yediyurappa said the grand old party has totally collapsed the rest of the country and BJP is the only answer. “Hence, support the party,” he urged the voters.

Yediyurappa further said the Pradhan Mantri Garib Kalyan Ann Yojana (PMGKAY-Phase V) has been extended for a  period of  another 4 months (till March 2022). This shows the party’s concern towards the poor, he said, while congratulating Prime Minister Narendra Modi for the move.

The former CM requested the gram panchayat members to exercise their franchise in favour of BJP in the ensuing legislative council elections.