Year after woman Naxal was gunned down by police, Maoists abduct and kill two villagers in MP 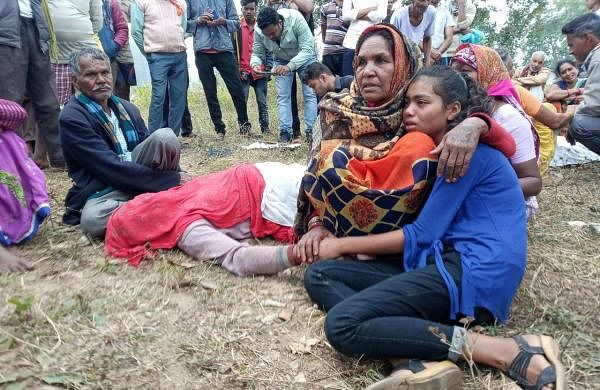 BHOPAL: Armed Maoists allegedly abducted two villagers and gunned them down on suspicion of being police informers in Naxal-affected Balaghat district of Madhya Pradesh early on Saturday.

The abduction and killing of the two men by the Naxals is possibly linked to the gunning down of a wanted woman outlaw Sharda by police in the same jungles in November 2020.

The two men identified as Santosh Yadav and Jagdish Patel were abducted from their houses by four masked Maoists, including two armed women, in Malkhedi village under Baihar police station area at around 7 pm on Friday.

Nearly eight hours later, gunshots were heard from the adjoining jungles at around 3 pm and both the bodies were spotted by villagers a few hours later after sunrise on Saturday.

A handwritten note bearing the name of CPI (Maoists) Khatiya Mochi Area Committee was recovered by police from the spot where the two kidnapped men were found murdered.

The note cautioned the villagers not to turn police informers, failing which they would face a similar fate.

The note also warned the young Balaghat district police superintendent Abhishek Tiwari not to use villagers as police informers.

While confirming the horrific killing of the two villagers by armed Maoist cadres, the SP Balaghat said the incident shows how Naxals are targeting innocent villagers by dubbing them as police informers.

“The search operations have been intensified in the concerned area. The abduction and killing is possibly connected to last year’s police operation in which a wanted Maoist was killed in the same jungles,” Tiwari said.

According to Rajan Patel, the elder brother of one of the murdered men, four armed persons, two of them being women (all four covering their faces) abducted both Santosh and Jagdish from their houses and snatched away their cellphones. Subsequently, gunshots were heard from the jungles at around 3 am and both bodies were spotted in the morning.

“Both men including my brother were found murdered in the same jungles, where the woman Maoist was gunned down by police last year. The twin killings have possibly been executed to avenge the November 2020 killing of the woman Naxalite in a police encounter,” Rajan Patel alleged.

While maintaining that the gruesome killing of the two innocent villagers has exposed the real face of the Naxals, MP CM Shivraj Singh Chouhan announced assistance of Rs 5 lakh each to the bereaved families and assured government jobs to one member of each family. “I’ve reviewed the situation and directed the police to intensify the anti-Naxal operation further,” Chouhan said.