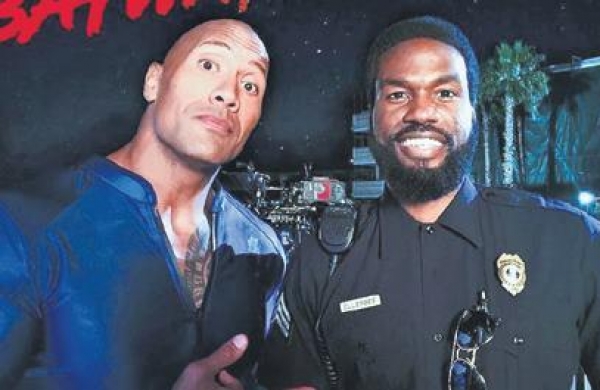 By Express News Service
Actor Yahya Abdul-Mateen II, who was last seen in last year’s The Trial of the Chicago 7, is set to star in Emergency Contact. Dwayne Johnson will be producing the film.

Billed as an intense action drama, the film is currently in works at Warner Bros, and reunites the writing team behind the upcoming DC comics adaptation of Black Adam, starring Johnson as the titular superhero. Screenwriters Rory Haines and Sohrab Noshirvani, whose credits also include the legal drama The Mauritanian, will be penning the original screenplay.

In addition to starring in the lead role, Abdul-Mateen will also be serving as an executive producer, while Beau Flynn will be one of the producers. Abdul-Mateen’s upcoming films include The Matrix 4, Candyman, and the Mad Max spinoff Furiosa.

The actor, who also starred as David Kane in Aquaman, will be reprising his role in the film’s sequel, which is due for release in December 2022. Meanwhile, Johnson will be soon seen in Disney’s Jungle Cruise, costarring Emily Blunt, and Netflix actioner Red Notice, alongside Ryan Reynolds and Gal Gadot.