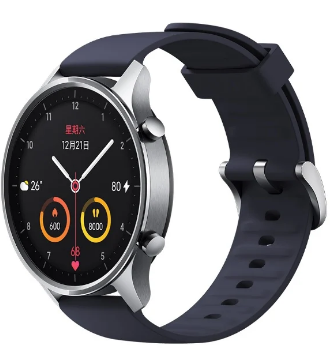 will be holding a launch event in India to announce a couple of new smart products. Rumors have that the Chinese firm will announce at least three new devices namely, Mi Band 5, Mi Watch Revolve, and Mi Smart AI Speaker. Reliable tipster Ishan Agarwal has shared the MRPs of the new wearable devices that are heading to India.

According to the tipster, the Mi Band 5 has an MRP of Rs 2,999 ($41), which indicates that may sell lower than this price. He has speculated that it could be priced at Rs 2,499 (~$34). The Mi Watch Revolve has an MRP of Rs 10,999 (~$149), claims the tipster. It could be selling for lower than Rs 9,999 (~$136). He did not share information on the pricing of the MI Smart AI Speaker.The Xiaomi Mi Band 5 has a 1.1-inch AMOLED color display and it has a 125mAh battery that promises up to 14 days of battery life. The device comes with support for magnetic charging. It comes with support for Bluetooth 5.0 and it has an optical heart rate sensor. There is a Mi Band 5 version with NFC in China. However, there is no confirmation whether India will be receiving the NFC variant.