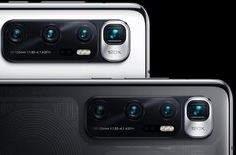 Xiaomi fans might want to start saving up now as the Mi 11 is increasingly looking like it could be a market-upsetting device. The flagship is already believed to be coming with a Snapdragon 875 and possibly an under-display camera at the front, and now the ever-reliable Digital Chat Station has provided some more information about the potential main camera setup.

While predictions for the main camera sensor have ranged from the conservative 108 MP (same as the Mi Note 10) to an outlandish 192 MP, little has been mentioned about the supporting lenses. However, according to the tech tipster, the “first batch of Snapdragon 875 flagship new machines”, which is expected to include the Xiaomi Mi 11, will boast of 48 MP ultra wide-angle lenses with upgraded image stabilization features and a tiny 0.8 μm pixel size.

With this kind of equipment onboard, Xiaomi is clearly eyeing up taking back the DxOMark title from the Huawei Mate 40 Pro, which managed a camera score of 136 that put it ahead of the Mi 10 Ultra on 133. It seems the Chinese OEM wants to treat the ultra wide-angle lens in the Mi 11 with the same attention to detail that normally goes into just the main wide-angle sensor, meaning the rear-facing camera system of the 2021 flagship has the potential to be the best smartphone camera produced to date.