World’s costliest crop is now under cultivation in Bihar 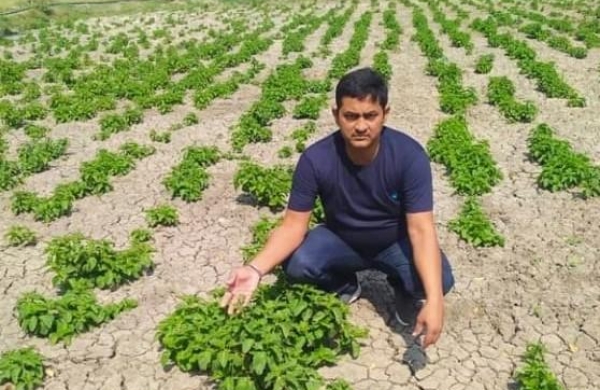 Express News Service
PATNA: One kilogram of this vegetable costs about Rs 1 lakh! The cultivation of the world’s costliest vegetable namely ‘hop-shoots’ has started on a trial basis in Bihar’s Aurangabad district.

Intermediate-pass from Hazaribagh’s St. Columbus College in 2012, Amresh Singh, 38, a farmer from Karamdih village under Navinagar block of Bihar’s Aurangabad district, is the first to start hop-shoots cultivation on 5 kathas of his land.

It used to be sold for 1000 pounds a kg even six years ago in international markets which comes roughly to about Rs 1 lakh. This crop is rarely seen in the Indian market and bought only by placing a special order.

“I am happy to say that more than 60 per cent of its cultivation has happened successfully,” Singh said.

He also said that if Prime Minister Narendra Modi makes a special arrangement for the promotion of cultivation of ‘hop-shoots’, it will make the farmers earn 10 times more than they can do by other means of agriculture within a couple of years.

The cultivation of hop-shoots (humulus-lupulus) is going on under the supervision of agricultural scientist Dr. Lal of the Indian Vegetable Research Institute at Varanasi.

“I have planted the saplings of this vegetable two months ago after having brought it from the Indian Vegetable Research Institute at Varanasi. I hope it will be a grand success and turnaround agriculture in Bihar too,” Singh said.

Speaking about its utility, he said that the fruit, flower, and stem of hop-shoots are all used in beverage making, beer making and for medicinal purposes like in making antibiotics. The medicine, which is made with the stem of this vegetable, has also been found to have a high curative effect in the treatment of Tuberculosis (TB).

“Its flower is called hop-cones or strobile, which is used as a stability agent in the making of beer.  The rest of the twigs are used for food and medicine purposes,” he said.

The use of hop-shoot as an herb is also popular in European countries, where it is used for keeping the skin gleaming and young since the vegetable is also a rich source of antioxidants.

The hop-shoot was discovered in the early 11th century and was used as flavouring agent in beer and then its use in herbal medicine and as a vegetable gradually.

The shoots have an acid called humulones and lupulones in them that is believed to be effective in killing cancer cells in the human body. The medicine improves the digestive system, provides relaxation for those with depression, anxiety, is an analgesic and cures insomnia also.

Singh said that the farming of hop-shoots is done in European countries like Britain, Germany, and others. In India, it was done earlier in Himachal Pradesh but stopped since its marketing did not take off because of the high price.

As for Amresh, apart from this, he also cultivates many other medicinal and aromatic plants. “In the farming sector, taking a risk with the self-confidence ultimately helps the farmer to win. I have taken the risk for experimenting with the cultivation of hop-shoot in Bihar and hope, it will set a benchmark,” he says exuding confidence.