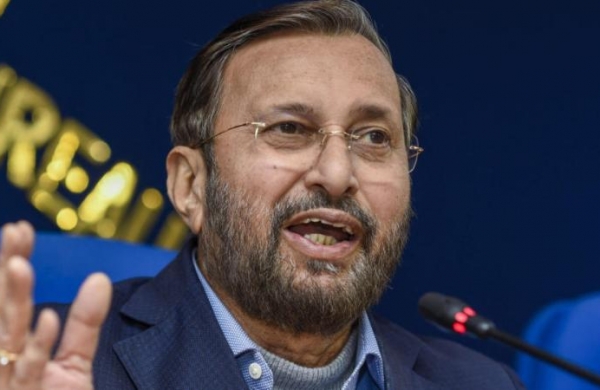 By PTI
NEW DELHI: Union Environment Minister Prakash Javadekar on Wednesday said India is leading from the front and implementing all its climate pledges well before time.

Speaking at the inaugural session of the World Sustainable Summit, held virtually and inaugurated by Prime Minister Narendra Modi, Javadekar said India has reduced emission intensity and increased forest cover under the leadership of its prime minister.

“Four international reports say that India, under Modi, is leading from the front and implementing all its pledges well before time. We have reduced emission intensity, increased forest cover and given a new target for restoration of degraded land and 450-gigawatt target of renewable energy will be achieved. This is our country’s ethos,” he said.

He said Modi brought on the international table for the first time the issues of lifestyle and climate justice.

“I presented his wonderful book titled ‘Convenient Action’. World is talking about inconvenient truth, but the answer is convenient action. I gifted this book to all dignitaries in Paris,” Javadekar said.

“In the same conference, PM launched international solar alliance, coalition of disaster resilient infrastructure and mission innovation. These three initiatives were also picked up very well through out the world. India is implementing its pledges,” he said.

The three-day Summit convened on the theme ‘Redefining Our Common Future: A Safe and Secure Environment for All’.

The annual meeting will engage with top world leaders on shaping the energy and climate agenda ahead of the 26th UN Climate Change Conference of the Parties in Glasgow, UK.