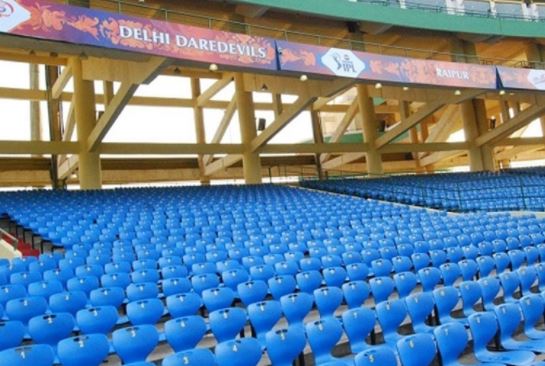 The World Road Safety tournament is scheduled to begin from March 2 to 21 at the Shaheed Veer Narayan Singh International Stadium. The preparation of which has been started. Lining of colors is being done from the chairs in the stadium to the floor and entry gate.

Matches will be held at night. The matches will be played from seven in the evening to 10.30 pm. Preparations have been started at the stadium for the tournament. A layer of colors is being climbed on the floor of the entry gate. Chairs are also being cleaned. Broken chairs are also being replaced. Although Ranji Trophy, Vijay Hazare Trophy and domestic matches are played here, but the scope is limited. IPL matches were played here in 2016. After this, no major events have been held so far.