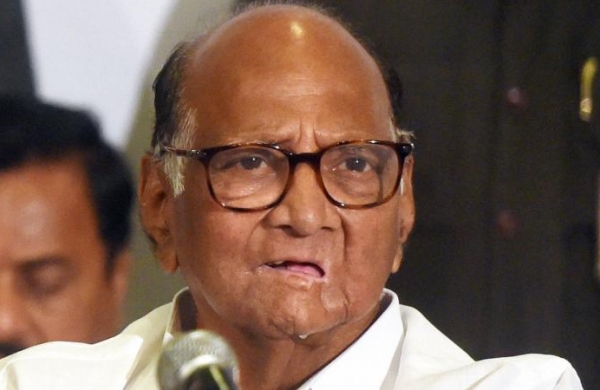 By PTI
PUNE: Days after Maharashtra Congress president Nana Patole reportedly asked the party workers to install “our person” as guardian minister of Pune in place of NCP leader Ajit Pawar, party chief Sharad Pawar on Sunday said he will not react to what “small people” say but will speak if Sonia Gandhi says something.

Pawar was responding to a query on the remarks made by Patole at the meeting of the Pune district Congress committee held in Lonavala on Friday.

Sources had said that some local party office-bearers had complained to Patole that Pune district guardian minister and NCP leader Ajit Pawar did not help them, and Congress workers were not being appointed to various committees in the district.

“Who is the district guardian minister of Pune? Someone from Baramati. Whose work is he doing, is he doing our work? Turn these hardships into strength. Do not get mentally weak. Create strength with a resolve that we will install our person on that (guardian minister’s) chair,” Patole told Congress workers.

When asked to comment on Patole’s remarks on his nephew Ajit Pawar, the NCP chief said, “I do not get into these things. These are small (junior) people. Why should I speak on it. If (Congress president) Sonia Gandhi says something, then I will speak”.

Pawar also downplayed Patole’s repeated vow that Congress, which is a constituent of the Shiv Sena-led Maha Vikas Aghadi government along with the NCP, will contest future elections solo.

“Every party has a right to expand its base and there is nothing wrong in it. The Shiv Sena took that stand so did Congress. The NCP has also adopted the same stand (of expanding the base of the party),” he said, adding the three parties are running the government together but their organisations are separate.

“What is important is that all the three parties have the same thinking while running a coalition government,” Pawar added.