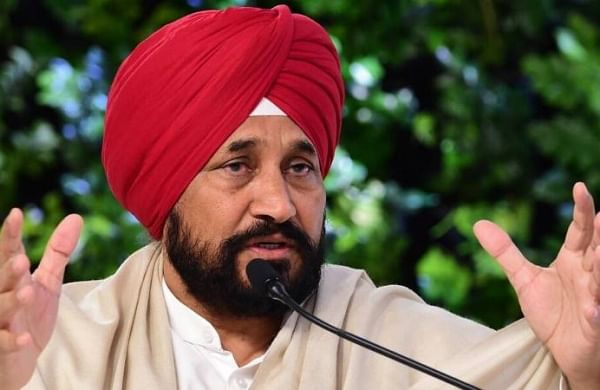 CHANDIGARH: Punjab Chief Minister Charanjit Singh Channi on Wednesday courted controversy during a poll rally by asking people not to let the “bhiyas” of Uttar Pradesh, Bihar and Delhi enter the state, a remark apparently aimed at AAP leaders.

The word “bhiyas” in reference to people from Uttar Pradesh and Bihar is generally considered offensive.

In a video circulating on social media, Congress general secretary Priyanka Gandhi Vadra was seen beside Channi clapping when he made the remarks during a roadshow in Rupnagar.

“Priyanka Gandhi is the daughter-in-law of Punjab. Will not let the ‘Uttar Pradesh, Bihar, Delhi de bhaiye’, who have come here to rule, enter the state,” the incumbent chief minister of Punjab said.

His remark was met with criticism by the Aam Aadmi Party.

“We strongly condemn the wrong comments made against any individual or any particular community,” he replied when asked during a press conference to comment on Channi’s remark.

Kejriwal added that Channi had earlier taunted him over his skin complexion, calling him ‘kala (dark)’.

When Bhagwant Mann said Priyanka Gandhi also belongs to Uttar Pradesh, Kejriwal said she too is then a “bhaiya”.

BJP leader Tejasvi Surya shared the video of Channi on Twitter and targeted Priyanka Gandhi Vadra over this.

“Priyanka Vadra Ji calls herself a daughter of Uttar Pradesh when she visits the state and claps when people of Uttar Pradesh and Bihar are insulted in Punjab. This is her double character and face as well,” Surya said.