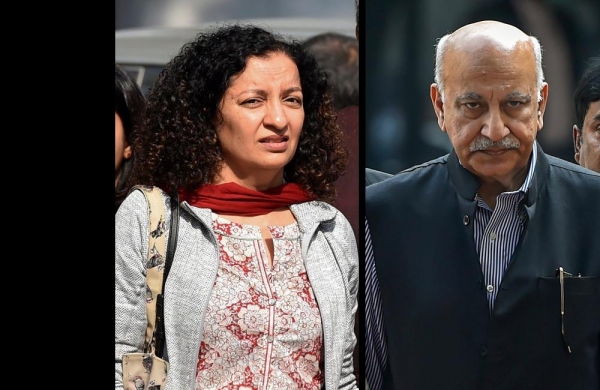 “On behalf of all survivors of sexual violence the NWMI commends Priya Ramani and her lawyer, Rebecca Mammen John, for their unwavering legal fight,” said a statement.

Applauding Ramani’s decision to not give up and breaking the silence on harassment, the IWPC said it hoped women journalists would find the courage to emulate Ramani and a key defence witness and journalist Ghazala Wahab.

“It is a vindication of us women journalists, who have forever protested sexual harassment and assault and shied away from unwelcome attention in the newsroom. All we want is a safe working space, so that we can hold the outside world to account; instead, we often find that the predators are within,” said the IWPC.

The NWMI welcomed the court’s recognition of the social stigma associated with allegations of sexual harassment through its acknowledgement of the impact of sexual abuse and harassment on its victims. “It is significant and perhaps unprecedented that the right to dignity and respect has been recognised and foregrounded as an important right, especially when charges of sexual harassment are increasingly being silenced through the use of the criminal law of defamation,” it said.

NWMI expressed hope that the judgment will serve as a wake up call for newsrooms to implement the Sexual Harassment of Women at Workplace (Prevention, Prohibition and Redressal) Act, 2013, in both letter and spirit.

“Workplace discrimination must end and media companies must actively affirm zero tolerance for sexual harassment… The judgment in the Priya Ramani case offers hope that justice will be delivered to women who speak out, with the dignity and respect they deserve,” it said.