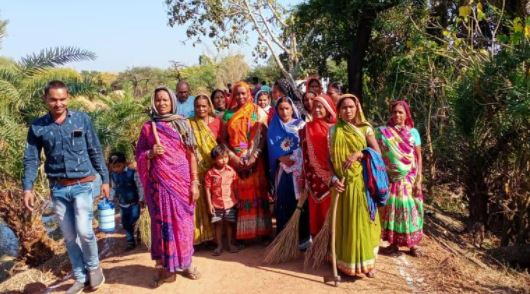 The aquatic and terrestrial migratory birds camp in Sudurvarti village-Gidhwa-Parsada and Murkuta reservoirs of Nawagarh development block of the district from October to February. The wetland here is found to be favorable for birds. Birds have plenty of food available here. Tourists have started coming to Gidhwa-Parasada and Murkuta to watch the birds. Recently, a three-day bird festival, Hamar Chirai-Hamar Chinhari was organized at Gidhwa-Parsada. The women of village Murkut have taken up the cleaning process by taking a broom in their hands to keep the surroundings of the reservoir clean and tidy. Tourists who come here bring with them plastic water bottles, food stuff polythene, using which they leave it there. In order to provide a better environment for birds, the village women have started cleaning the garbage around the reservoir.
Village Gidhwa-Parsada has started being identified with foreign spirits. Eco-tourism will be promoted here soon. To give protection to the birds, the villagers have resolved not to harm Chirai-Chirgun in any way.