Woman seeks intervention in SC in plea against ‘Talaq-e-Hasan’ 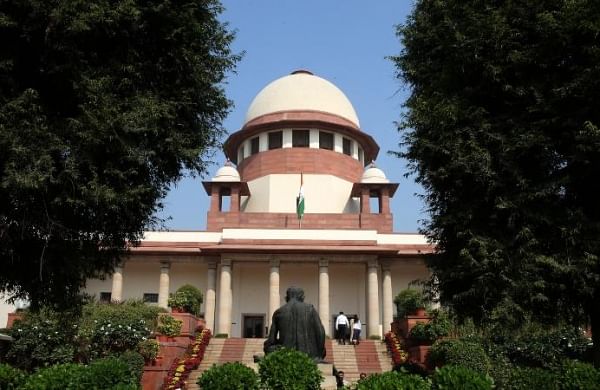 NEW DELHI: A woman has moved the Supreme Court against a petition seeking to declare ‘Talaq-e-Hasan’ and all other forms of ‘unilateral extra-judicial talaq’ as void and unconstitutional.

The plea, seeking intervention, filed by one Qurrat Ul Ain Latif, said the original applicant has benefitted from extra-judicial divorce permissible under the Shariat and that she was able to exit from a bad marriage without having to go to the court and add to the pendency of judicial proceedings.

“The applicant is filing the present application for the limited purpose of demonstrating to this Hon’ble Court that a Writ Petition with broadly the same issue is pending before the Hon’ble High Court of Delhi where notice has been issued.”

“Therefore, the Petitioner may be well advised to urge her grounds before the High Court, which is seized of the issue. It is stated, if the High Court gets the first chance to adjudicate, then the party retains a valuable right to appeal,” the plea seeking intervention said.

The original petition, filed by Ghaziabad resident, Benazeer Heena, who claimed to be a victim of “unilateral extra-judicial Talaq-E-Hasan”, also sought a direction to the Centre to frame guidelines for neutral and uniform grounds of divorce and procedure for all citizens.

In Talaq-e-Hasan, talaq is pronounced once a month, over a period of three months.

If cohabitation is not resumed during this period, divorce gets formalised after the third utterance in the third month.

However, if cohabitation resumes after the first or second utterance of talaq, the parties are assumed to have reconciled.

The first/second utterances of talaq are deemed invalid.

The petitioner, who claimed to have been given such a divorce, contended that the police and authorities told her that Talaq-e-Hasan is permitted under Sharia.

“The Muslim Personal Law (Shariat) Application Act, 1937, conveys a wrong impression that the law sanctions Talaq-E-Hasan and all other forms of unilateral extra-judicial talaq, which is grossly injurious to the fundamental rights of married Muslim women and offends Articles 14, 15, 21 and 25 of the Constitution of India and the international conventions on civil and human rights,” the petition, filed by advocate Ashwani Kumar Dubey, submitted.