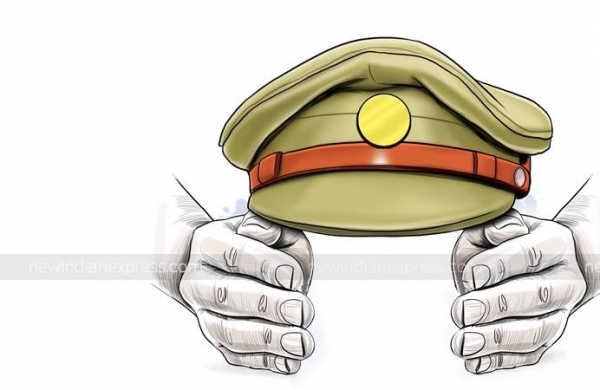 By PTI
THANE: Police have arrested a woman and three others in Thane city of Maharashtra for allegedly threatening and molesting a female artist by promising to give a role to her in a Hindi film, an official said on Friday.

The 24-year-old victim lodged a complaint at Kasarvadavali police station, where an offence was registered against the accused on Thursday night, he said.

“The accused had told the victim that she has been shortlisted for a role in an upcoming Hindi movie, and asked her to meet its director/producer in Thane, who was coming from Lucknow. They told her that she has to accept his demands in order to bag the role. She was called to a farmhouse on G B Road in Thane city on Thursday,” the police official said.

However, the woman informed her parents about it and also approached the film wing of the Maharashtra Navnirman Sena (MNS).

“On Thursday evening, the accused took the woman in a car to the specified location. However, on the way, they touched her inappropriately and pointed a weapon at her seeking favours. After reaching the spot, the victim mustered courage and secretly contacted her aunt and also sent her the farmhouse location to the MNS workers she was in touch with,” he said.

The party workers reached the spot and caught the accused, who were later identified as Rahul Tiwari (30), his sister Kanchan Yadav (25), Rakesh Yadav (35) and Biralal Yadav (30) – and thrashed them.

A video of the four accused being beaten by the party workers was shared on social media by MNS Chitrapat Sena chief Amey Khopkar, which went viral.

They took the accused to Kasarvadavali police station on Thursday night, where an offence under 354 (assault or use of criminal force to any woman intending to outrage her modesty), 509 (Word, gesture or act intended to insult the modesty of a woman), 506 (criminal intimidation), 34 (common intention) of the IPC and also relevant sections of the Arms Act was registered against them, police said.

Police said they have seized a country-made revolver from the accused and probing the case further.