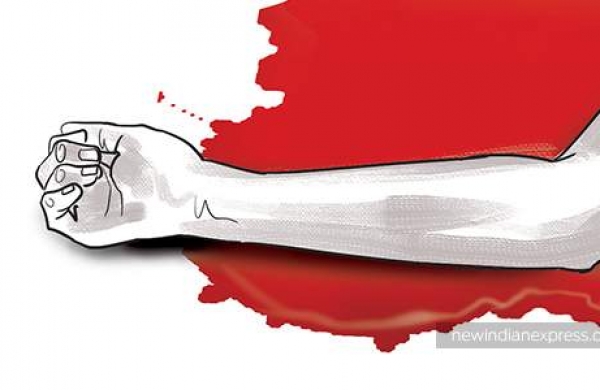 By PTI
KOTA: A 49-year-old woman was beaten to death at her home on Tuesday allegedly by her husband using a wooden bat in Baran district, police said.

The police detained the accused on Tuesday morning and handed over the woman’s body to her family members after a post-mortem.

The deceased woman was identified as Mulibai Vaishnav (49), wife of Murarilal Vaishnav, a resident of Hingonia village under Mangrole police station of Baran district.

The woman and her husband, a farmer, were reportedly not in good terms for the last few years as they had regular quarrels, Mangrole police station SHO Hament Gautam said.

He added that the couple were childless.

The couple had a fight around 1.30 am on Tuesday when the man hit Mulibai with a wooden bat, which is used to beat the clothes while washing, and thrashed his her multiple times, causing critical injuries to her on the head, the SHO said.

The woman was rushed to Baran district hospital in serious condition, where the doctors declared her brought dead, he added.

The police lodged a murder case against Murarilal, who has been detained, the SHO said.