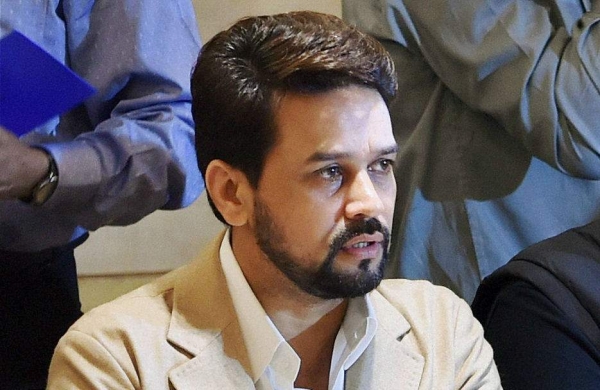 By PTI
HYDERABAD: India now has forex reserves of over USD 590 billion, the highest ever, up by USD 119 billion over the previous year, while the external debt is USD 554 billion, making the country a “net creditor”, Minister of State for Finance Anurag Singh Thakur said here on Saturday.

Speaking to media persons he said the country is witnessing a ‘V’ shaped recovery post COVID-19 pandemic, which is evident by the GST collection during the past four months.

And it is up by USD 119 billion from the previous year. And if you look at the external debt, it is only USD 554 billion.

So considering the forex reserves, India is now a net creditor,” the minister said.

He said the GST collections indicate that the economy is in recovery as the Government has taken the right steps saving lives and the economy as well.

The Minister said India received the highest Foreign Direct Investments even during COVID-19 times due to “decisive leadership.”

“India is standing back on its feet. The economy is witnessing a V shaped recovery and that is why in the last four months we have seenGST collection of more than one lakh rupees per month.

And in the month of January the total collection was close to Rs 1.20 lakh crore, he told reporters in a press conference.

On the recent Union Budget, Thakur said that except the opposition parties, all sections of people had appreciated it.

Thakur said the budget estimates for the current fiscal was Rs 30.42 lakh crore, while it was increased by over Rs four lakh crore to Rs 34.50 lakh crore for the next fiscal.

He hoped that India would become a USD five trillion economy in the next four or five years.

Describing the budget as a “transparent one”, the minister explained the salient features of it.

On the disinvestment proposal of Rashtriya Ispat Nigam Limited (RINL) which owns steel plant in Visakhapatnam, Thakur said the Centre will decide on divesting stakes of Public Sector Enterprises from time to time, based on NITI Aayogs recommendations.

He said many companies have grown post-disinvestment and the Centre will try to talk to the RINL stakeholders.