With Trivendra Rawat ouster, BJP sends a clear message to its Chief Ministers 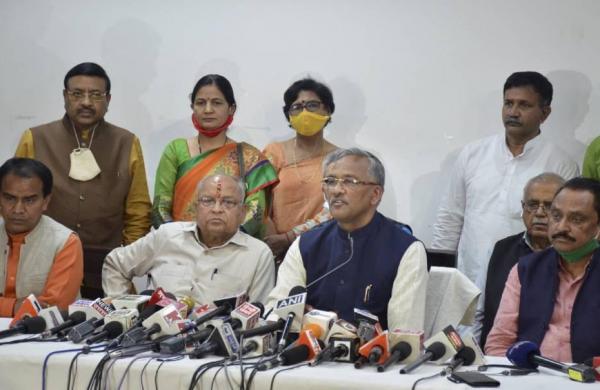 Express News Service
NEW DELHI:  By scripting the ouster of Uttarakhand Chief Minister Trivendra Singh Rawat, the BJP appears to have sent out a signal that organisational feedback on performance will carry maximum importance.

Having identified preparations for the next Lok Sabha elections as the key challenge, BJP is now putting the spotlight on chief ministers in the party-ruled states.

The BJP Parliamentary Board is learnt to have met on Friday, after the party’s Central Election Committee (CEC) meeting to approve the leadership change in Uttarakhand in the wake of dissent among the MLAs against the chief minister.

Besides Uttarakhand, the BJP-ruled Uttar Pradesh, Gujarat, Himachal Pradesh, Goa and Manipur have Assembly elections next year. Rawat’s ouster is the first of a chief minister from the post after the rise of Prime Minister Narendra Modi and Shah to the top of the party leadership.

“The BJP and its current leadership ignored adverse ground reports against Vasundhara Raje in Rajasthan, Raman Singh in Chhattishgarh, Raghubar Das in Jharkhand, went to Assembly elections with them as the face of the party and lost the three states. That has changed and the chief ministers should now guard against disconnect with the people and MLAs,” said a senior BJP functionary.

In the six states, the saffron outfit appears to be gearing up to work on a strategy to beat the anti-incumbency factor. They consider Congress to be the main rival and are unwilling to not yield ground to the opposition.

The BJP leadership is also learnt to be keeping an eye on Haryana, where Chief Minister Manohar Lal Khattar leads an alliance with Jananayak Janata Party (JJP) amid acknowledgement that Jat identity politics has got a fresh leash of live on the back of the farmers’ agitation against the contentious farm laws.

The Congress on Tuesday said the resignation of Trivendra Singh Rawat was an eyewash to hide the government’s “failures”, and urged the President to dismiss the BJP dispensation in the state Congress in-charge for Uttarakhand Devendra Yadav said the act shows the “admission” by the BJP of its government’s “failure” in fulfilling the aspirations of people of the state.