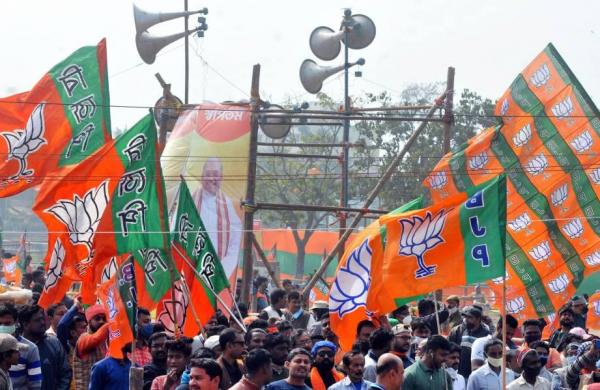 Express News Service
NEW DELHI:  Even as an internal assessment shows the party reaching the halfway mark in the 294-member Bengal Assembly, BJP strategists are acutely aware of the well-oiled cadre of the ruling Trinamool Congress.

The BJP has taken an early start to the campaign for the Bengal election which is due in April-May. Former BJP chief Amit Shah and his successor J P Nadda are leading the saffron charge, with the former pushing the party leaders with the target to win over 200 seats.

“The assessment within the party currently is that reaching the halfway mark is within the reach in the prevailing situations. The exodus of TMC leaders is giving the BJP much attention in the state. But the real challenge lies when the electioneering in the real sense begins and the manner in which the TMC responds to the BJP’s campaign,” said a senior BJP strategist.

The BJP strategists are monitoring on the alignment of the TMC cadre and the possible understanding with the Left-Congress combine on the ground.

“The principal challenge remains to build the campaign on the ground, particularly in rural areas. This may get a boost with the induction of the TMC veterans who are regional satraps. But the TMC has an edge because of the strength of its cadre and the appeal of Mamata,” added the BJP strategist.

Within the BJP, the party leaders are counting on two scenarios on hypothetical joining of the forces from the ranks of TMC and the Left and the Congress.

“Either the BJP may not be able to build the campaign on the ground, which may restrict the party to two digits, or the ideological contradictions in rival camps may give a groundswell to take it beyond 200 seats on the lines of Uttar Pradesh. The BJP will need to match up to the power of the Trinamool and the Left on the polling booth level,” said a senior BJP functionary.

The BJP campaign is currently seen around Shah and Nadda, with major thrust on promises to implement Central schemes, including PM-Kisan Nidhi, Ayushman Bharat and others.