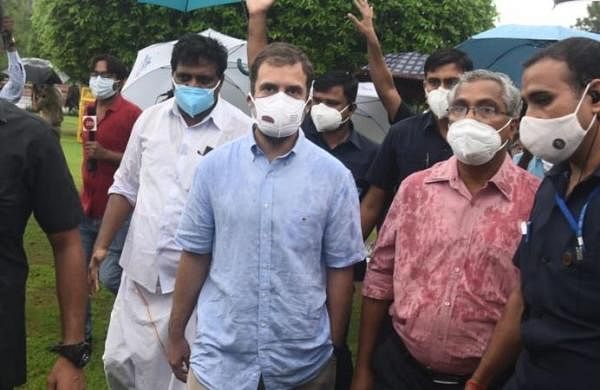 Express News Service
NEW DELHI: It is not just the West Bengal Chief Minister Mamata Banerjee and NCP supremo Sharad Pawar who are making early moves to stitch together an Opposition alliance. Former Congress chief Rahul Gandhi has also been making efforts to follow in their footsteps and is actively engaging with the leaders of Opposition in Parliament, something that was not seen before.

Tuesday’s breakfast meeting hosted by Rahul was one such attempt to cement a connect with Opposition MPs. This is the second meeting of floor leaders and MPs of the Opposition parties called by the MP from Wayanad.

Gandhi has never in the past engaged with the Opposition party leaders — inside or outside the Parliament. Even in the party, many veteran Congress leaders have been critical of him for not meeting or listening to them on key issues.

Until now, he was rarely part of joint meetings of opposition leaders on issues like abrogation of Article 370, farm legislation or strategy meetings during the parliament session. In the past, such meetings were generally attended by the then Leader of Opposition in Rajya Sabha Ghulam Nabi Azad and his deputy Anand Sharma.

“He is now regularly interacting with MPs from other like-minded parties and attending joint protests by the Opposition parties in Parliament premises on issues concerning people,” said a senior Congress MP.

This sudden change, where the Gandhi scion is engaging and interacting with the Opposition leaders, even though it is restricted to devising parliamentary strategy, is seen as a welcome step by many party leaders. They wonder if a call for united opposition to take on the BJP government by Banerjee and Pawar has provided the needed push to Gandhi.

“He has held few meetings with political strategist Prashant Kishor and there are discussions to have him in the party or taking his services to overhaul the Congress. This change (in Gandhi) could also be part of it or Mamata and Pawar taking the lead in uniting the Opposition,” said another party leader.

At the breakfast meeting attended by MPs from the 14 opposition parties, he pushed for the Opposition to be united in taking on the BJP-RSS.

“The single most important thing in my view is that we unite (against) this force. The more this voice unites, the more powerful this voice will become, the more difficult it’ll become for BJP-RSS to suppress it. Within the foundations of unity, we can have a few discussions and arguments but I think it is important for us to come up with the principles of the foundations of our unity,” he told the Opposition leaders, before they cycled to the Parliament raising issues related to rising prices of essential commodities.