‘Wish he was as concerned earlier’: Scindia on Rahul’s ‘would have become CM’ remarks 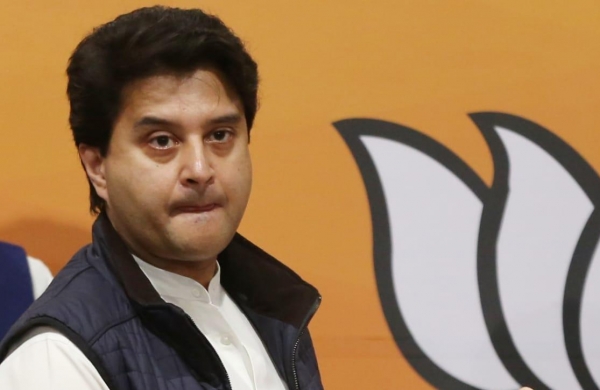 By PTI
NEW DELHI: Senior BJP leader Jyotiraditya Scindia on Tuesday hit back at Congress leader Rahul Gandhi’s “would have become CM” remark, saying he wishes Gandhi was as concerned when he was in the Congress as he is now.

Gandhi had told his party’s youth wing leaders that had Jyotiraditya Scindia remained in the Congress he would have certainly become chief minister but was now a “backbencher” in the BJP, according to sources.

The former Congress chief said he had told Scindia so, but “he chose a different path” by joining the BJP, where he can never be the chief minister.

Asked about the remarks, Scindia told PTI, “I wish Rahul Gandhi was as concerned when I was in the Congress as he is now.”

Scindia had left the Congress along with some legislators loyal to him to join the BJP last year.

This led to the fall of the Kamal Nath-led Congress government in Madhya Pradesh.

Madhya Pradesh Chief Minister Shivraj Singh Chouhan too asked what did Rahul Gandhi do to ensure that Scindia did not leave the party.

Commenting on Gandhi’s reported remark that had Scindia, now with the BJP, remained in the Congress, he would have certainly become chief minister, Chouhan said Gandhi understands a situation a little late.

“Where was Rahul Gandhi when Jyotiraditya Scindia was in the Congress?” Chouhan asked, speaking to reporters here.

“That’s why I say that Rahul’s tubelight glows late (he takes time to understand),” he quipped.

The Congress had done “injustice” to Jyotiraditya’s father late Madhavrao Scindia too and did not allow him to become chief minister of Madhya Pradesh, Chouhan claimed.

Earlier, reacting to Rahul Gandhi’s remark, Scindia said, “I wish Rahul Gandhi was as concerned when I was in the Congress as he is now.”

Scindia left the Congress along with several MLAs last March, bringing down the party’s government in Madhya Pradesh.