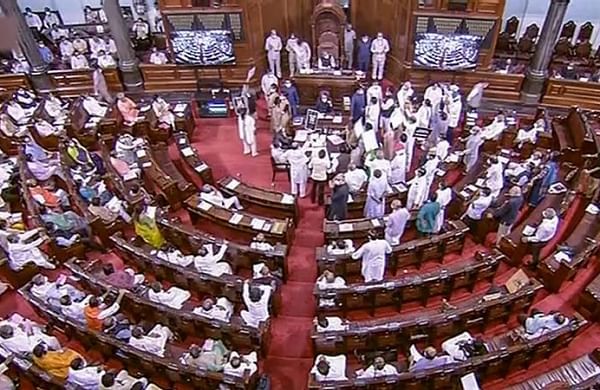 NEW DELHI: As the Winter Session of Parliament concluded on Wednesday, a day ahead of the schedule, the productivity of Lok Sabha was registered to be approximately 82 per cent and that of Rajya Sabha was nearly 48 per cent.

Parliamentary Affairs Minister Pralhad Joshi shared the information while briefing media after both the Houses were adjourned sine die.

The Minister said the Winter Session 2021 of Parliament which commenced on November 29 and was scheduled to adjourn on December 23, has been adjourned sine die today (Wednesday).

He said the session was curtailed one day earlier than scheduled on completion of essential government business.

The session provided 18 sittings spread over a period of 24 days, said Joshi while adding that 13 Bills (12 Bills in Lok Sabha and one Bill in Rajya Sabha) were introduced during the session and a total of 11 Bills were passed by both the Houses of Parliament.

The passed Bills include the Appropriation Bill relating to the Supplementary Demands for Grants for the year 2021-22 which was passed by Lok Sabha, transmitted to Rajya Sabha and will be deemed to have been passed by both Houses after the expiry of 14 days under Article 109(5), the Minister said.

One Bill namely the Biological Diversity (Amendment) Bill, 2021 was referred to the Joint Committee of both Houses of Parliament.

Two Short Duration Discussions under Rule 193 were also held in Lok Sabha on COVID-19 pandemic and various aspects related to it, and Climate Change.

In Rajya Sabha, the Minister said one discussion on the situation arising out of cases of Omicron variant of COVID-19 virus in the country was held.

Joshi stressed that the Opposition did not participate in any of the Short Duration discussions, despite themselves demanding it in the all-party meeting. He also added that the first priority was given to the price rise discussion.