Will try to link Northeast capitals with rail, air by 2024: Amit Shah 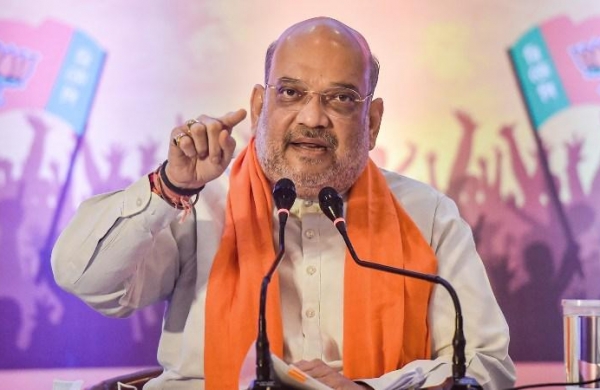 By Express News Service
GUWAHATI: Union Home Minister Amit Shah said the Centre would connect the capitals of all states in the Northeast with the railway as well as the airway.

“It will be difficult to give pace to development here (Northeast) without connectivity. That’s why, after the formation of the BJP government in 2014, the Prime Minister (Narendra Modi) had laid thrust on connectivity in the Northeast,” Shah said at a programme in Meghalaya capital Shillong on Saturday.

“Our effort will be to connect the capitals of all states in the Northeast with railway and airway by 2024. Along with this, road connectivity has to be also strengthened,” the Home Minister said.

He reviewed the operation of the North Eastern Space Application Centre (NESAC) which plays a key role in stimulating the overall growth of the region by using space science and technology.

He applauded the NESAC’s efforts and dedication and assured it that the Centre was committed to providing advanced technical support to the region for the transformation of the lives of people.

“Mapping of forest gap areas, expansion of the land area for horticulture development, Identification & rejuvenation of wetlands, diversion of floodwater and assessment of bamboo resources for livelihood needs are a few among many key ideas that were discussed during the meeting,” the Home Minister tweeted.

Later in the evening, he was scheduled to attend a meeting with the chief ministers of the region and discuss various issues, including interstate boundary disputes among them.

After landing in Shillong, Shah inaugurated some projects, including the inter-state bus terminus at Mawiong.