Will Trivendra Rawat be axed? Uttarkhand CM meets BJP top brass amid questions over his future 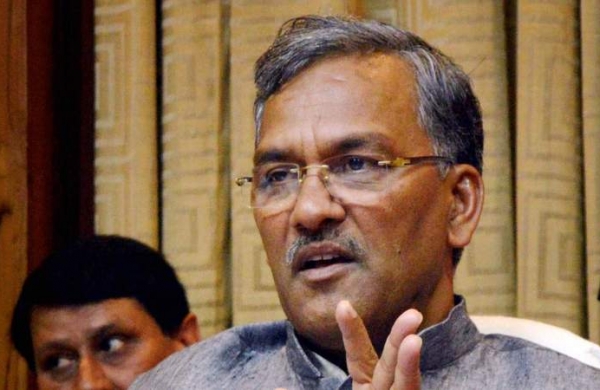 Express News Service
NEW DELHI/DEHRADUN: Taking a grim view of the poll prospects in Uttarakhand next year, the BJP is exploring leadership change in the hill state, while incumbent Chief Minister Trivendra Singh Rawat is camped in Delhi trying to somehow avert his ouster. The BJP is likely to name Rawat’s successor after calling a meeting of all legislators in Dehradun.

Union home minister  Amit Shah is learnt to be acting on a report given by party vice president Raman Singh who was sent to Dehradun on Saturday as a Central observer along with party leader Dushyant Kumar Gautam. BJP chief J P Nadda has also reportedly briefed Shah about the Uttarakhand situation. Later, Rawat met Nadda.

The embattled CM also called on the BJP media head and the Rajya Sabha MP Anil Baluni at his residence on Monday evening. Baluni, who is known to enjoy the trust of Prime Minister Narendra Modi and Shah, is also reckoned as a contender for the chief minister’s position.

“Leadership change appears imminent, for the BJP doesn’t want to repeat the Jharkhand experience when it persisted with the chief minister despite adverse reports against Raghubar Das. A section of the BJP MLAs in Uttarakhand has been up in arms against Rawat due to his working style,” said a senior BJP functionary.

However, another section of the senior party leaders discounted the possibility of any leadership change in the state while acknowledging that a section of Uttarakhand leaders may have issues with the chief minister.

BJP MP Ajay Bhatt, a senior party leader from the state, told PTI that “all is well” in the state and added that the two central leaders had visited Uttarakhand regarding preparations for the three-day state BJP executive meeting from March 12 and the Rawat government’s fourth anniversary on March 18.

Gautam had also spoken on similar lines on Sunday.

The state BJP on Monday said there has been no formal announcement about any meeting of the legislature party in Uttarakhand on Tuesday.

“As far as my knowledge goes, no formal announcement has been made yet about any state legislature party meeting here tomorrow,” state BJP Chief Spokesman Munna Singh Chauhan told PTI in Dehradun.

However, when asked whether a major change was in the offing as the sudden turn of events on the political front in Uttarakhand indicated, Chauhan briefly said, “Let us see.”

He said the chief minister would return to Dehradun at noon on Tuesday.

A section of state leaders are reportedly miffed with Rawat’s leadership and are of the view that the party’s electoral prospects under him may not be very bright.

The party may also go for a cabinet reshuffle in the state, sources said.

Rawat was named the chief ministerial candidate by the BJP after it stormed to power in 2017, winning 57 of 70 seats in the state assembly.

“The immediate trigger was the police caning in Gairsain against people who were protesting against the widening of a road,” sources said.

Why he’s a liability?

While the trend is to vote out the incumbent government, the BJP is keen to reverse it. The CM’s over -centralisation and lack of access to MLAs may play the spoiler, party leaders feel.

Rawat is also accused of not addressed the concerns of people hit by infrastructure projects, including roads and highways.