‘Will stir if demands not met’: Farmer leaders to meet Punjab government on May 10 over power cuts 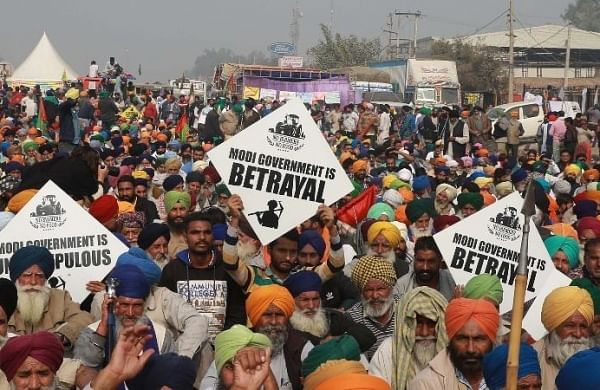 CHANDIGARH: Unhappy over the recent power cuts, farmers in Punjab have been protested for lastfew days across the state.

Now a meeting has been scheduled between the farmer union leaders and Punjab government on May 10 to work out a ‘solution’ and if demands not met then massive protest on May 17. Before that meeting farmers leaders will be going to Lakhimpur Kheri in Uttar Pradesh on May 4 to get justice for families of ‘martyred’ farmers.

Senior Samyukt Kisan Morcha leader and BKU (Lakhowal)-Punjab general secretary Punjab Harinder Singh Lakhowal said that the state government has sent them a letter yesterday that they want to meet all the twenty two farmers unions leaders of the SKM on May 10 and the meeting will be held at Chandigarh as it will be chaired by Punjab Power Minister Harbhajan Singh.

Punjab State Power Corporation Limited (PSPCL) CMD Baldev Singh Sran and other officials will also be present. “We will be attending this meeting with them. We have been demanding that uninterrupted power supply for at least eight hours for tube wells and twenty four hours supply for domestic connections as now as the paddy sowing has to start from May 20 and we want uninterrupted power supply. At present we getting two to three hours power supply for our tube wells and eight to ten hours power cuts in villages,” he said.

He said that for last five years thousands power connections for tube wells are pending as the farmers have given their applications have paid money as security deposit to PSPCL and also demand notices were issued but till date no connections have been given so these connections should be realised with immediate effect.

“Also the fees charges for increasing load of tube well motors should be reduced from Rs 4,700 per horse power to Rs 1,200 per horse power as earlier it was Rs 1,200 only and then increased, thus farmers will then apply to increase the power load of the motors installed by them,” said Lakhowal.

He also demanded that PSPCL should carry out regular maintenance of power lines and increase load of transformers to give uninterrupted power supply and recruit staff as there is staff shortage in the power corporation.

“We have been raising these issues with the PSPCL every year but they have been saying that they will talk to the government thus all our issues were always put on the back burner as no decision was taken. This time we told them that the power minister and government officials also be present in the meeting sothat decisions could be taken at the earliest,” said Lakhowal.

He said the SKM delegation met Chief Minister Bhagwant Mann on April 17 and then he had assured the union leaders that a bonus would be given on low yield of wheat and power supply would be ensured. He added that Mann had also assured to provide MSP on ‘moongi’, maize and basmati.

“If our demands regarding power supply and MSP are not  fulfilled by the state government then the SKM will stage a massive protest on May 17 at Chandigarh,” he said. The Samyukt Kisan Morcha (SKM) will leave for Lakhimpur Kheri on May 4 from the state.

“The members of the SKM from other states Haryana, Madhya Pradesh, Uttar Pradesh and Rajasthan would also reach Lakhimpur and will meet the families of victim farmers. On May 5, they will hold a meeting with the Lakhimpur Kheri administration and seek justice for the families of the ‘martyred’ farmers,” he said.