Will purchase wheat from farmers under MSP till their stocks exhaust: UP govt 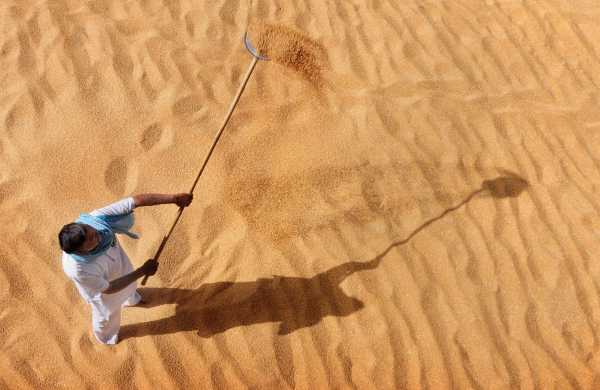 Express News Service
LUCKNOW: In a bid to allay farmers’ fears over the new farm laws, the Uttar Pradesh government on Thursday announced that it will procure their wheat on hiked MSP till their stocks end.

The wheat procurement by government agencies would commence on April 1 and would continue till June 15. The registration process for the framers interested in selling their crop opened on March 1 and so far, over 30,000 farmers have got themselves registered, a government spokesman said.

Under the new policy, the state government has fixed no target for wheat procurement. It will continue wheat purchasing on increased MSP till farmers have the stocks to clear their doubts regarding MSP.

“Farmers are welcome to sell as much wheat as they want on MSP between April 1 and June 15,” said the spokesman.

The spokesman said that efforts would be made to keep the procurement process free from the middlemen. “For this purpose, the government has made registration mandatory for farmers on the portal of the food and civil supplies department. Those who are already registered need not apply again,” he added.

The revenue department will verify farmers who are willing to sell more than 100 quintals of wheat on MSP to the government. For the first time, entire wheat purchasing will be done through e-Pos machines after taking thumb impressions and providing receipts to farmers to keep middlemen out.

The state government has already begun a training session for employees being engaged in wheat procurement to make them aware of the new procurement policy and handling e-POS machines, portal, and tabulation works. The training will end by March 20.