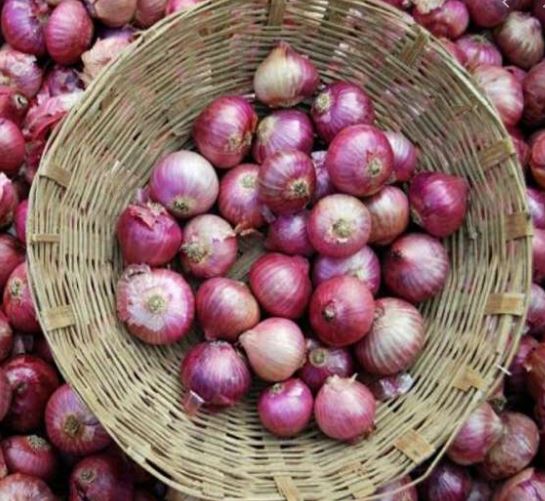 After removing the ban on onion exports from January 1, onion prices in Lasalgaon wholesale market of Nashik increased by 28 percent to Rs 2,500 per quintal in two days. The government on Monday lifted the export ban on all its varieties from January 1 due to the declining prices of onions. The Directorate General of Foreign Trade (DGFT) said in a notification, “Export of all varieties of onions has been exempted from January 1, 2021.

Lasalgaon APMC secretary Narendra Vadhwane said that onion prices on Monday were on average Rs 1,951 per quintal in Lasalgaon wholesale market and since then the price of this vegetable has been steadily increasing in the market. On Tuesday, onion prices averaged Rs 2,400 per quintal and on Wednesday it rose to Rs 2,500 a quintal. Thus, the price has increased by about 28 percent in the last two days.

Similarly, the retail price of onion in the national capital also saw an increase of 25-42 percent. The price of onion was Rs 35-40 per kg on Monday, which has increased to Rs 50 per kg on Wednesday. In September, the government had banned the export of onions due to the rise in prices and to increase availability in the domestic market. DGFT, a division of the Ministry of Commerce, deals with export and import-related issues. Maharashtra, Madhya Pradesh and Karnataka are the top three onion growing states of the country. India is one of the largest onion exporting countries. Its export destinations include Nepal and Bangladesh.