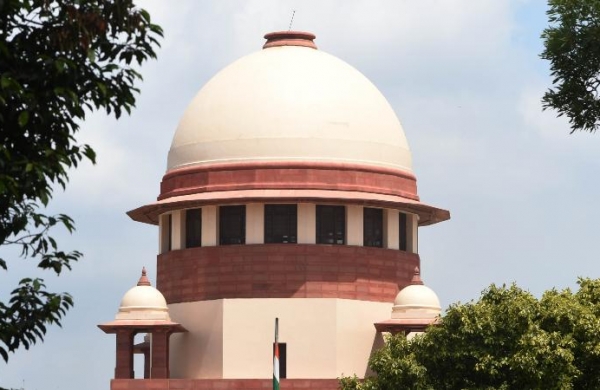 By PTI
NEW DELHI: Franklin Templeton Asset Management told the Supreme Court on Monday that it will not launch any new debt scheme till the Securities Appellate Tribunal (SAT) decides its appeal against market regulator Sebi’s order barring it from launching such schemes for two years and asking it to refund Rs 512 crore.

The apex court however refused to interfere withT’s decision with regard to Franklin Templeton being asked to deposit Rs 250 crore in an escrow account relating to its decision on closing six debt schemes and disposed of Sebi’s appeal againstT’s stay on its order.

On June 28,T had in an interim order stayed Sebi’s June 7 decision on issuance of fresh mutual fund schemes and asked Franklin Templeton to deposit Rs 250 crore in an escrow account instead of Rs 512 crore as directed by the market regulator.

A bench comprising Justices S A Nazeer and Krishna Murari took up Sebi’s appeal against theT order and made it clear that it would not interfere with the tribunal’s direction asking the asset management company (AMC) to deposit Rs 250 crore, instead of Rs 512 crore, in the escrow account.

The top court said it would rather address the issue of permission to Franklin Templeton to launch new debt schemes.

Solicitor General Tushar Mehta, appearing for the Securities and Exchange Board of India (Sebi), said the appellate tribunal’s order was “based upon wrong facts and had ignored all laws”.

At this point, senior lawyers Harish Salve and A M Singhvi, appearing for Franklin Templeton, pledged that the company will not launch any new schemes till theT decides the case.

The bench took the statement on record and disposed of Sebi’s appeal againstT. The fund house was directed by Sebi to refund investment management and advisory fees along with interest at the rate of 12 per cent per annum amounting to Rs 512.50 crore.

Further, the firm was prohibited from launching new debt schemes for two years and penalty of Rs 5 crore was levied on it.

In its order,T noted that 21 debt schemes are still being managed by Franklin Templeton and no complaint of these schemes have come to the fore.

“The mere fact that the appellant (Franklin Templeton) has chosen to wind up six schemes does not mean that they should be debarred from launching any new debt schemes,” theT had said.