Will certainly seek Indian military support when situation calls for it: Afghan envoy 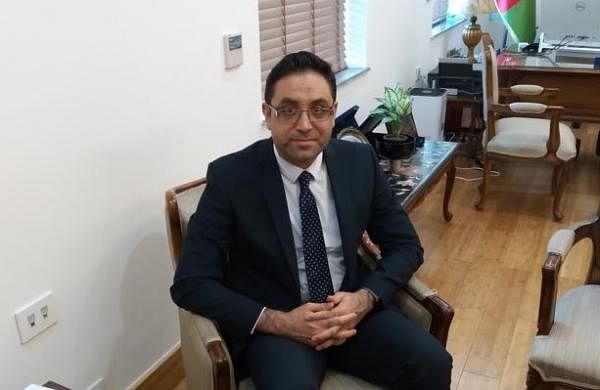 In an exclusive interview with Pushkar Banakar, Afghanistan’s ambassador to India Farid Mamundzay speaks on how the current peace dialogue is not meaningful and how Pakistan could have played a constructive role in tackling the Taliban.

Q: The US is withdrawing troops completely from Afghanistan by end of August, much earlier than expected. Do you think it has affected Afghanistan’s preparedness and hence resulted in the deterioration of the security situation?

A: Yes the withdrawal of US and NATO forces had a negative impact on the security situation of the country. There has been feeling among the wider segments of our population that the global community has abandoned us and that hit the morale of our security forces and as a result, we saw an emboldened Taliban. What is your assessment of the negotiations with the Taliban, especially with more than one channel like the Istanbul Process, Qatar Negotiations, etc in place?

Q: Do you think the outcome of the dialogue has been successful?

A: There is currently no meaningful dialogue with the Taliban. What we see in Qatar or the talks in Istanbul or meetings in Moscow are just optics. There is no genuine appetite on the part of the Taliban to resolve the current conflict through meaningful peace settlement. So, the peace process from September last year onwards till today has been a process that has not delivered anything. We gave it another try a few weeks ago and that meeting also failed to produce anything but a statement. The Afghan people expected that the Taliban would honour their request for a ceasefire. There has been no agreement on even this. We are nowhere where we should ideally have been.

Q: India has been a consistent partner for Afghanistan over decades with development projects close to $3 billion. What steps are you taking to protect Indian interests in the country?

A: We value our partnership with India. It is not just a partnership between two governments. It is a partnership between both countries. It is historic and deeply rooted in the hearts and minds of many Afghans. India has been a very valuable partner over the past two decades and they have assisted us with huge infrastructure projects, education support and, trade and commerce assistance. India has played a very instrumental role in the growth of our society and the development of our democratic state. We would ideally want India’s involvement in all peace-related efforts for a number of reasons. India has not been a part of peace talks, particularly the extended troika which is something we are not pleased about. India’s involvement in the process is critical and we welcome it. India has always adopted a principled position on the peace process and has proven itself to be a very credible and trustworthy friend and has always sided with Afghan people in difficult situations.

The infrastructure projects by India are not only for the government but also for the people of that particular region and they are mindful of the benefits of those projects. There are many instances where they have stood up and protected the projects. It is also our responsibility to ensure the safety and security of these projects. We are doing everything we can to ensure safety and security. Taliban have inflicted huge losses on infrastructure and human lives.

Q: How big is Pakistan a factor in the rapid resurgence of the Taliban? President Ghani called out Islamabad during the connectivity meeting in Uzbekistan, Afghan officials have told India that terror groups are shifting base to Afghanistan. How do you see the situation and what are your plans to ensure that Afghan soil is not used for terrorist activities?

A: Pakistan could have played a more constructive role by helping the Afghan government and Afghan people to eliminate the Taliban’s sanctuaries on their soil. Taliban has a huge presence in Pakistan. It helps them mobilise resources and they operate from Pakistan to inflict harm on Afghanistan. Our request to Islamabad always has been to stop the Taliban from committing atrocities and deal with them in the manner required. Sadly, we have not seen any concrete actions which would show that the mindset in Pakistan has changed. There is more support provided to the Taliban by many madrasas and religious scholars in Pakistan due to which they end up having more fighters from Pakistan entering Afghanistan and killing our people. They should put more pressure on the Taliban to come to the negotiation table and not give them a free hand to commit atrocities on Afghan soil.

Reports are emerging that Indian journalist Danish Siddiqui was deliberately targeted by the Taliban for his nationality and his body was returned in a mutilated state. Do you have anything to say about this?

I have no details on the death of Danish Siddiqui. It was a very unfortunate incident where we lost an Army officer with him. It was a brutal and inhuman act of terror. There is a strong belief among the local population that he was targeted for his nationality but I do not have details to verify this. We are looking at all evidence and we do not rule out any possibilities.

India has recently assumed the presidency of the UNSC. What cooperative measures you are expecting from India directly and also through regional and global platforms?

India assuming the role of UNSC chair for August is something that we welcome and we have urged the Indian government to provide us the required platform to raise the voice of the Afghan public. We have recently requested External Affairs Minister S Jaishankar to help call a special session on Afghanistan, particularly focusing on the recent spike in violence and the peace process. UNSC is the most powerful body of the UN with a lot of influence and authority and it could be used as a place for putting pressure on the Taliban and their supporters to let go of violence, cut ties with international terror groups and enter a meaningful peace dialogue with the Afghan govt. India has always believed in a peaceful settlement in Afghanistan and we look forward to a constructive engagement. Regionally, India has always extended its assistance by reinforcing the will of the Republic through strong representation and reiterating the values and principles that the Afghan people desire to have in a peaceful Afghanistan.

A: The release of the Taliban prisoners was something we did in goodwill. We assumed that the Taliban would have changed. We anticipated that with their release, we would get a step closer to the peace process and create an enabling environment for the peace dialogue. It was a difficult decision as some of the released prisoners were awaiting capital punishment for the atrocities they had committed on innocent people. However, for the greater good of the country, it was taken. We now see people who have abused that opportunity and are working against the will of the Afghan public. The decision has been counter-productive.

Q: With the Taliban continuing its resurgence, are you looking at India for military assistance?

A: No, there is no such proposal being discussed with India as the support that our forces are getting from the US and NATO member states is sufficient. In the future, if we get to a stage where we require military assistance, we would certainly be looking at India for that support. As of now, we have the required resources to combat the Taliban and other terror outlets.