Who’s this batting like Sachin: When Former Pakistan captain mistook Sehwag as Tendulkar 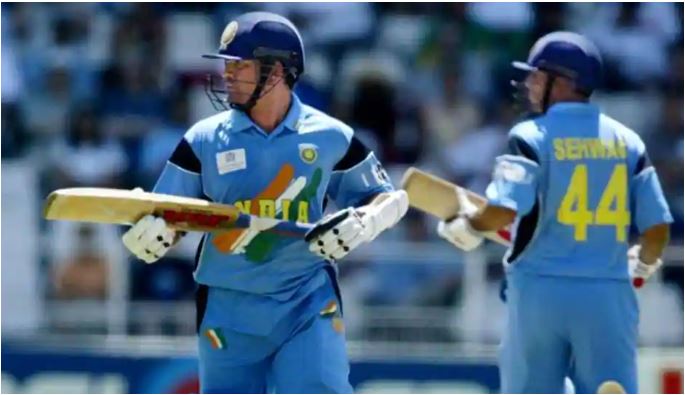 Being compared to the greats of the game can be a big shot in the arm for any young cricketer. In India, if that comparison is with legendary Sachin Tendulkar then the scrutiny is double. Nobody knows it better than current India captain Virat Kohli, who is always compared to Tendulkar on stats and records. 20-year-old Prithvi Shaw has been seen as the ‘next Tendulkar’ ever since he broke into the Indian side with his sheer audacity of hitting fast bowlers anywhere he wants at such a young age. But before them, there was one Indian batsman who was not only compared to Sachin Tendulkar but also mistook as the legend during his early days.

Former Pakistan captain Rashid Latif said he mistook Sehwag for Sachin during an India vs Sri Lanka ODI match. The Pakistan wicket-keeper batsman said he was watching the match on TV and Sehwag’s mannerisms, his batting style, his pads, everything reminded him of the great man when he was not even playing in that game.

“I remember an India-Sri Lanka game, Sachin was not playing in it and I was watching it on TV and I thought ‘who is this batting like Sachin?’ it was Sehwag batting at that time who was batting like Sachin. Similar pads, similar helmet. He was perhaps a bit bulky than Sachin,” Latif said in a YouTube show called caught behind.

Latif, who played 37 Tests and 166 ODIs for Pakistan, said Sehwag was one of the most impactful Indian batsmen he has ever seen.

“I don’t need stats to describe him. He was such an impactful player, an absolute match-winner.”

Sehwag made his India debut in an ODI against Pakistan in 1999 as a middle-order batsman. He was dropped after just one game only to make a strong comeback in ODIs the next year. But his real fame came when he smashed a century on Test debut in South Africa on a seaming track in Bloemfontein.