Whenever India exercised restraint, Pakistan perceived it as sign of weakness: Tewari 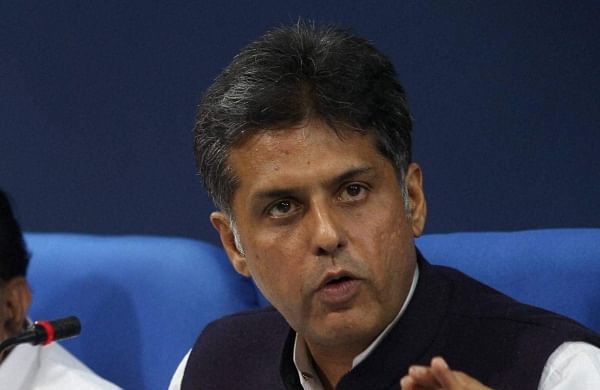 NEW DELHI: Whenever India exercised restraint, Pakistan perceived it as a sign of weakness, Congress leader Manish Tewari claimed on Thursday, days after his observations criticising the UPA government’s response to the 26/11 Mumbai attacks triggered a row.

However, he sought to downplay his views on the UPA action mentioned in his new book, saying “This was about the perception that was in Pakistan and not about the UPA action to adopt restraint.”

The Lok Sabha member said the surgical strikes by India did not bring a behavioural change in Pakistan as otherwise, the Pulwama attacks would not have happened.

“Whenever India has exercised restraint, Pakistan does not perceive it as a sign of strength but considers it as a weakness,” he said.

He also said that India was almost on a war-like situation at the time of the surgical strikes.

“We have to accept the crisis in India-China relations with an entirely live LAC in this stage. China is our foremost security challenge. A peaceful periphery is essential if we have to transform India,” Menon said.

He said though he agreed with the broad thrust of what Tewari has said, he disagrees with him on tactical issues like the action on 26/11 terror attacks.

“But, his final conclusion is worrying. He concludes that the nation today is less safe that it was before. That is not a happy conclusion. I wish he would have said more on what is happening at the LAC, which is a live issue,” the former NSA said.

Tewari accused the government of stopping the opposition from raising issues concerning China and a discussion in Parliament, asserting that it does not augur well for democracy.

He said “there is no empirical evidence that there has been a substantive change in the behaviour of the deep state of Pakistan after the surgical strikes carried out by India.”

He also wondered why China continues to have border disputes with India even when it has settled 17 territorial disputes with its land neighbours.

“If India needs to surmount its internal developmental challenges, we require 30 years of peace. We need to find a modus vivandi with Pakistan and with China. Otherwise, we would not be able to do justice with our people,” he said.

Tewari lamented that there is a blanket ban on raising of issues relating to China and LAC in Parliament and for almost 18 months, there has not been one substantive discussion on LAC situation.

Tewari said India has two choices to either reduce the national security challenges that it has or expand its defence expenditure.

Given the magnitude of our challenge, there is a clear mismatch and thus one of the choices have to be made by us, he noted.

“Either we proactively try and clamp down on the situations we face and try and find a political resolution to the challenges we have or if we have to adopt a harder approach then we will have to substantially expand our defence expenditure. Our current level of defence expenditure just could not do,” he said.

The Congress leader stressed that democracy functions on the basis of cheques and balances and a robust oversight is required and cited examples of various countries having a very robust Parliamentary oversight mechanism.

He said there is not enough discussion with respect to national security in our legislatures, saying this is an important issue on which the government needs to level with the people.

“The government cannot keep on saying that the border is not demarcated. The question is are those villages on this side or on the other side of LAC. The government needs to square up on what has been happening on the Line of Actual Control.”

“Whenever we have tried to raise the issue of China. There is a definitely a problem as the government refuses to respond and that is not healthy for democracy. At some point of time, the government will have to face Parliament,” he noted.