‘When girls can reproduce at 15 years, why raise their marriageable age from 18’: Ex-MP minister kicks up a storm 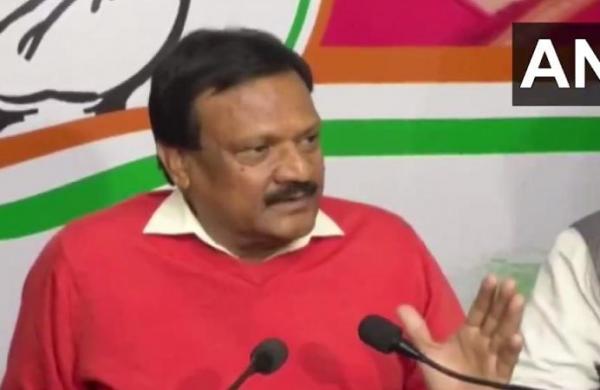 By Express News Service
BHOPAL:  Former Madhya Pradesh PWD minister and senior Congress MLA Sajjan Singh Verma kicked up a political storm on Wednesday by saying that when the girls are capable of bearing children at 15 years age, then why talk about increasing their marriageable age from 18 years to 21 years.

Counted among staunch loyalists of the state Congress chief and ex-CM Kamal Nath, Verma made the controversial statement in response to CM Shivraj Singh Chouhan’s recent call to have a national debate on raising the minimum marriageable age for girls from 18 years to 21 years.

Verma didn’t stop at it only, but added “girls should go to their sasural (in-laws home) and be happy after they turn 18.”

Making light of the CM’s recent statements, the ex-MP PWD minister questioned, “Is he (Shivraj Singh Chouhan) a scientist or a great doctor that he is batting for increasing the minimum marriageable age for girls from 18 years to 21 years.”

The former minister’s views were enough to trigger a political controversy in MP.

“By using such language about girls, Sajjan Singh Verma has gone against his name Sajjan which means gentleman. By his statement, he has insulted all the daughters not only in MP, but across the country. It seems Verma has forgotten that the national president of his party Sonia Gandhi and the young national general secretary of his party Priyanka Gandhi Vadra are both women. I request the Congress national president Sonia Gandhi to ask Sajjan Singh Verma to publicly apologize from all girls and then fire him from the party,” state BJP spokesperson Neha Bagga said.

Two days back, while inaugurating ‘Samman,’ fortnight-long awareness drive for public awareness about crime against women, the Chief Minister Shivraj Singh Chouhan had called for a national debate on raising the minimum age of marriage for girls from the present 18 years to 21 years.

Chouhan’s statement came a month after Prime Minister Narendra Modi, while addressing the nation on the 74th Independence Day, had stated that union ministry for women and child development has constituted a committee to look into the minimum marriage age for women.

Finding itself in an embarrassing position over it’s senior MLA’s controversial statement, the opposition Congress distanced itself from Verma’s views. “They are his (Verma’s) personal views and not the party’s official position,” state Congress spokesperson Narendra Saluja said.