Wheel of Fortune and Fantasy

Guzen to sozo, Wheel of Fortune 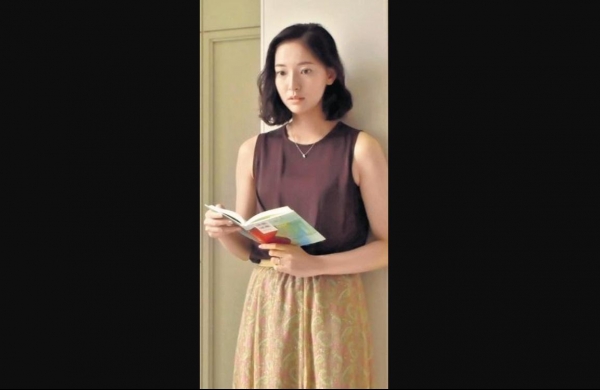 Express News Service
Ryusuke Hamaguchi’s Wheel of Fortune and Fantasy (Guzen to sozo) won the Silver Bear Grand Jury Prize at the 71st Berlinale this year. Over the last year, we’ve seen an endless barrage of anthologies. Here, Hamaguchi comes up with a three-film anthology that packs magic and coincidence, age and innocence, fellowship and camaraderie to examine tiny nuggets of human behaviour with a canvas larger than what the film seemingly allows. At the centre of the three films are women, followed by conversation that evokes much shock and surprise to overawe us into buying into their stories. Here is finally an anthology film that maintains a common thematic essence and gives us stories so unlike each other, parachuting us into a new film even as we struggle to decide what to make of the one that came before.

The first one is titled Magic or Something Less Assuring. With the ghost of Hong Sang-soo all over it, food and conviviality intermingle with complex emotions. It is about Meiko (Kotone Furukawa), a model who has a long conversation with a colleague Tsugumi (Hyunri) in the backseat of a cab. Hamaguchi wants us to observe them as fading city lights disappear on the sides and Tsugumi is telling Meiko about a man she had just met, how they spent fifteen straight hours together.

We don’t get a whiff of it, but Meiko is slowly fed clues about the man and she’s already zeroing on who it could be. Tsugumi gets off and a cheerful Meiko turns sombre in matter of seconds. Where the story goes from here is predictable, but the journey is bewitching for we discover a new dimension to Meiko; the model we met in the car, who was talking about sex on first date, suddenly transforms into this intricate woman whose story needs a feature length film.

Every film in Wheels of Fortune and Fantasy has this element about it – by the end, we are content but also want more. That’s exactly the fantasy of longing that Hamaguchi aims for. It’s less assuring but arresting, nonetheless.

The second is called Door Wide Open and staying true to the title, the story blows free like the wind without a care in the world, entering open spaces and testing boundaries of trust. Segawa (Kiyohiko Shibukawa) is a French professor in the university and a stickler for rules and ethics.

At least, that’s the little we are able to glean from what we are shown. Nao (Katsuki Mori), a senior student dating one of her juniors, is a fan of Segawa’s well-received new book, and the junior who was ousted from the college due to a run-in with Segawa asks Nao to a lay a honey trap for the newly famous professor-novelist. In Wheel of Fortune and Fantasy, this fantasy goes one step further and we are ever fortunate for it.