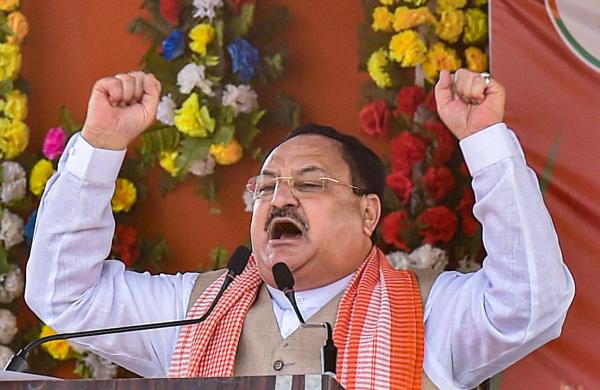 By Express News Service
KOLKATA: Why is there a sudden exodus from the ruling Trinamool Congress to the saffron camp, BJP national president sought to know from party functionaries on Saturday. At BJP’s core committee meeting in Burdwan, JP Nadda asked the reason for this migration from TMC.

Sources in the BJP have said that the saffron camp’s high chances in the crucial 2021 assembly election were the reason behind this exodus. Though the national president did not take the issue forward but made it clear that he realised that the turncoats are power-hungry and shifting sides eyeing berths in the party BJP’s hierarchy.

A section of BJP leaders in Bengal has opposed the decision of welcoming TMC turncoats saying it might trigger an intra-party feud as several clashes between the old BJP workers and newcomers have already taken place in the recent past. Two of the BJP’s state functionaries were also issued showcause notice after they opposed entry of TMC MLA Jitendra Tiwari.

“During the course of Saturday’s conversation with the core committee members, Naddaji realised that many TMC leaders are joining the BJP with the hope to get tickets to contest in the upcoming Assembly elections and their followers are aspiring to get berths in the party’s hierarchy. BJP’s high-command instructed us to welcome all of those who are defecting from the TMC and the party’s state functionaries have no role to play in this induction process,’’ said a senior BJP leader in Kolkata.

The recent exodus to the BJP from the TMC might change the saffron camp’s intra-party fabric ahead of the Assembly elections, said another BJP leader. “The BJP made deep inroads riding the change in the CPI(M) supporters’ political alignment who were against the TMC and considered the saffron camp as a platform to combat. The recent migration from the TMC has irked the CPI(M)-turned BJP workers as they are finding their rival faces sitting on the same bench,’’ the leader said.

The discontent surfaced two days ago in front of BJP’s state president Dilip Ghosh and Bengal observer Kailash Vijayvargiya at a rally in Nandigram, East Midnapore. The saffron camp announced a mega joining session and when the TMC turncoats arrived, BJP workers attacked them with plastic chairs and bricks. Ghosh had to stop his speech and asked the workers to be disciplined. Former TMC strongman, Suvendu Adhikari, who joined the BJP last month, could not address the rally, and as a result, the joining session did not take place.