What is going on with the Android 10 update for the Redmi Note 8? 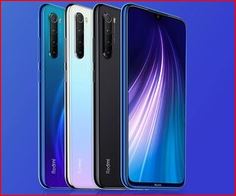 The Redmi Note 8 is a strong contender for being one of Xiaomi’s best-selling devices ever, in terms of sheer sales volume. For some reason, however, the phone isn’t being awarded the priority one would expect to come with such a badge.

Xiaomi began sending out the Android 10 update as far back as last year, with the MIUI 12 rollout starting back in April. The Redmi Note 8 remains in the cold, though, and has received neither Android 10 nor MIUI 12. While Xiaomi has a history of neglecting select devices—look no further than the Mi Mix 3 5G—this is the first time a high-profile, commercially successful device is getting a treatment like this.

Again, we’re not sure why this is the case. As far back as May, there were already reports of Xiaomi working on an Android 10 build for the phone. Supposedly, that build was buggy and had to be scrapped. Since then, there’s been no concrete information. A tentative ETA indicated an early August rollout but we’re already past that and there hasn’t even been a stable beta. Word on the grapevine claims the phone could get the update in October. Fingers crossed.