What did Mumbai Indians do, which was not done in 782 matches of IPL 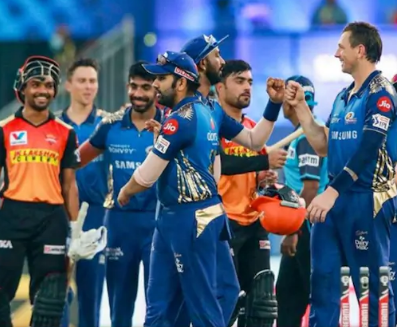 Mumbai Indians. Great team, great game. In the 17th match of the tournament, Sunrisers Hyderabad has become the number one team in the points table. The bowlers of the team showed a wonderful game, but before that, the batsmen had put the team beyond 200 runs by good batting.

Mumbai Indians won the toss and scored 208 runs at the loss of 5 wickets, batting first. The special thing in this is that the Mumbai batsmen made such a record, which no team had been able to do before now. Six batsmen scored more than 20 runs during the Mumbai innings. This is the 13th season of IPL. A total of 782 matches have been played so far. But the 17th and overall 781st matches of this season made such an interesting record. Which was never made before now. Six batsmen of Mumbai Indians together did this feat. Actually six batsmen have scored more than 20 runs in a single innings of a match. Never before had this happened in IPL history.