What can be bigger offer than suspending farm laws for 18 months: Union Minister Som Parkash 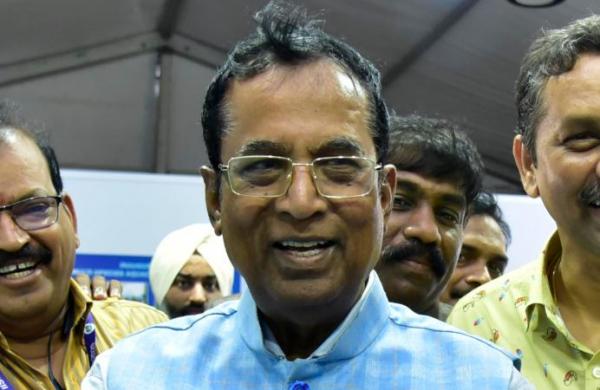 By PTI
CHANDIGARH: Union Minister Som Parkash on Sunday said the government is ready for talks with the agitating farmers and asked whether there can be an offer bigger than suspending the contentious agriculture laws for 18 months.

He said the government was making sincere efforts to resolve the issue.

“The government is ready for talks,” Parkash said addressing a press conference here.

“We offered to suspend the laws for one-and-half years and constitute a committee with farmers’ representatives on these laws. What can be a bigger offer than this?” he added.

His statement comes a day after protesting farmer unions said they were ready to resume talks with the government, but asked it to come up with a fresh proposal as the existing offer to put the three farm laws on hold for 12-18 months is not acceptable to them.

Parkash, the Union minister of state for Commerce, was part of the three-member ministerial team which held several rounds of negotiations with the farmers’ leaders.

Parkash, who is a Lok Sabha MP from Punjab’s Hoshiarpur parliamentary constituency, said the farm legislations were passed by Parliament and a due process was followed.

“The law is not framed by raising hands. There is a system in the country,” he added.

The union minister said the government enacted the laws keeping in view the interest of the whole country.

Thousands of farmers have been protesting since late November at the Delhi borders with Haryana and Uttar Pradesh, demanding a rollback of the Farmers’ Produce Trade and Commerce (Promotion and Facilitation) Act, 2020; Farmers’ (Empowerment and Protection) Agreement on Price Assurance and Farm Services Act, 2020; and Essential Commodities (Amendment) Act, 2020.

They have expressed apprehension that these laws would pave the way for the dismantling of the minimum support price (MSP) system, leaving them at the “mercy” of big corporations.

To a question on the upcoming municipal polls in Punjab, Parkash said the farmers’ agitation should not be linked with the elections.

The government had brought these laws in the interest of the farming community, he said.

The minister slammed the ruling Congress in Punjab, accusing it of ‘orchestrating’ the protest against the BJP leaders in the state.

“The police is acting at the behest of the state government,” he alleged.

A group of farmers in Hoshiarpur on Saturday had shouted slogans against the BJP outside a venue where party leaders, including Parkash, had come for a public meeting.

Elections to the eight municipal corporations and 109 municipal councils and nagar panchayats in the state will be held on February 14.