‘What about Pulwama?’: Shiv Sena slams Centre over transfer of Antilia bomb scare case to NIA 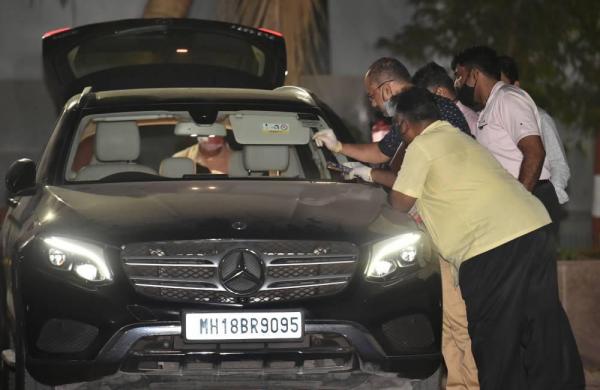 By ANI
MUMBAI: Shiv Sena on Friday slammed the Centre for handing over the Antilia bomb scare case to National Investigation Agency (NIA) saying the agency, which is meant to investigate cases related to terrorism, has been handed over this case without it having any links to terrorism.

“NIA investigates matters related to terrorism. But despite not having any link to terrorism, the agency has been handed over the case. What is the matter? What probe did the NIA do in the Uri attack, the Pathankot attack, and the Pulwama attack? How many criminals have been arrested? This too is a mystery. But 20 gelatin sticks in Mumbai seems to prove to be a big challenge for NIA,” read an editorial in Shiv Sena’s mouthpiece Saamana.

The editorial also praised the former Mumbai Police Commissioner Param Bir Singh and alleged there was a certain lobby in Delhi that had grudges against him.

“The government has to do the rejig in police under certain specific circumstances. Param Bir Singh was replaced in the post of Mumbai Police Commissioner, which doesn’t mean he is guilty. He took the command of the post of Mumbai Police Commissioner during very difficult times. He had instilled a passion in the police to fight the COVID-19 crisis. He himself went to an area like Dharavi,” read an editorial.

“In Sushant-Kangana episode, he did not let the morale of the police go down. TRP scam files were opened during his time. A lobby in Delhi had grudges against him due to this,” it added.

The editorial further said that the newly-appointed Mumbai Police Commissioner Hemant Nagrale will have to work with courage and caution.

“All are sad the way Mansukh Hiren died suspiciously. Bharatiya Janata Party (BJP) seems to have suffered a bit too much. But Ramswaroop Sharma, an MP of the same party, died suspiciously in Delhi during the commencement of the session of Parliament. Sharma was a strong Hindutva proponent. BJP people are not seen beating his chest about his suspicious death. In the case of Mohan Delkar’s suicide, no one is ready to speak even one word. Sushant Singh Rajput and his family have all been forgotten,” the editorial said.

It added that BJP knows where to invest and where not to and the effort to reduce the morale of Mumbai Police is going on. The opposition should not do this. If the opposition thinks they will take over the power in the state this way, then they are having misconceptions, it added.