West Bengal will have a BJP CM on May 3: Tejasvi Surya 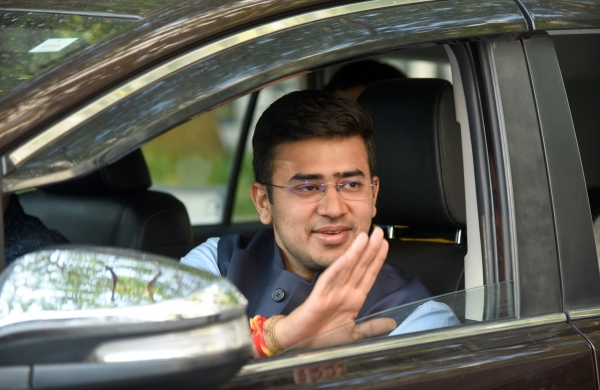 By ANI
BENGALURU: Bharatiya Janata Party MP Tejasvi Surya said on Thursday that Mamata Banerjee’s days as West Bengal Chief Minister are numbered and that the BJP will win more than 200 seats in the state in the upcoming elections.

“This is the legacy of the communists which Mamata Banerjee has carried forward but there will be no more bloodshed and political murder politics in West Bengal because BJP will have its chief minister,” he added talking about the vote share of BJP in upcoming assembly polls of West Bengal and Kerala.

West Bengal, which goes to polls between March 27 and April 29, is likely to witness a triangular contest this time with Trinamool Congress (TMC), Congress-Left alliance and the BJP in the fray.

Talking about the issues raised by Kerala Chief Minister Pinarayi Vijayan on the Enforcement Directorate, the BJP Yuva Morcha chief said, “Those who have done no wrong have nothing to hide or fear.”

Over Tamil Nadu polls, Surya said BJP is confident of a strong NDA performance in the state.

“We are sure that there will be a repeat of AIDMK performance as last time. Chinnamma’s blessing on the AIDMK will help the NDA cause further,” the 30-year-old said.