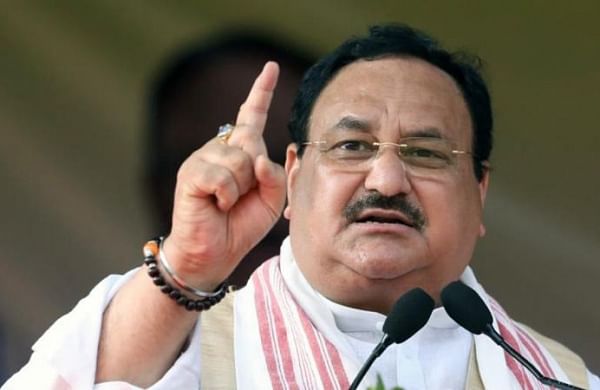 Lashing out at Nadda, the West Bengal CM termed his statement an attempt to “defame” the state and said the BJP should look at the situation in states ruled by it.

Nadda made the statement while addressing people of the Bengali community at Rudrapur in Uttarakhand’s Udham Singh Nagar district.

He said, “There was a time when Bengal showed the way to the rest of the country but today it is passing through a bad phase.”

“The name of West Bengal, which was once associated with great social reformers, thinkers, philosophers, literary figures and freedom fighters, has become synonymous with corruption, bloodshed and anarchy under the TMC,” he said.

“TMC leaders in West Bengal today are involved in corrupt practices in every scheme, including the Pradhan Mantri Garib Kalyan Anna Yojana. Murders, rapes, crime against women, human trafficking and sexual harassment cases are at their peak. There have been 123 sexual harassment cases and 53 murders in West Bengal since the Assembly election results are out. People have been forced to leave their homes. The BJP has given shelter to 191 refugees,” he claimed.

He appealed to people of the community to first re-elect the BJP in Uttarakhand and follow it up with a victory to the party in West Bengal in a democratic manner so that the “grim picture” changes.

Highlighting outreach efforts by Prime Minister Narendra Modi to people of Indian origin living anywhere in the world, Nadda spoke of his visit to a Matua community temple in Bangladesh during his visit to that country.

He said Modi has come to the rescue of members of Indian communities, be it Sikhs or Parsis, whenever they have suffered persecution.

The Citizenship Amendment Act is aimed at giving a life of dignity to people of Indian origin who escape to India after suffering persecution in foreign lands, he said.

Nadda also reminded Bengalis living in Uttarakhand how they had been exempted by the Pushkar Singh Dhami government from the compulsion of writing the word “East Pakistan” in their caste certificates.

The Uttarakhand cabinet in August cleared a proposal to drop the word “East Pakistan” from caste certificates issued to members of the displaced Bengali community settled mostly in Udham Singh Nagar district of the state.

Reacting to the remarks, Mamata said the BJP should look at the situation in states ruled by it.

Not a single untoward incident was reported in West Bengal during the recent festivals, she said in Kolkata.

“There are several people who are trying to defame Bengal. Today, I saw the BJP’s national president (Nadda) delivering a speech to Bengalis settled in Uttarakhand. He said there is lawlessness in Bengal. I will say charity begins at home. Look at what is happening in Uttar Pradesh, Gujarat, Tripura and Assam. Please look in the mirror and see your faces before criticising Bengal,” she said without elaborating.