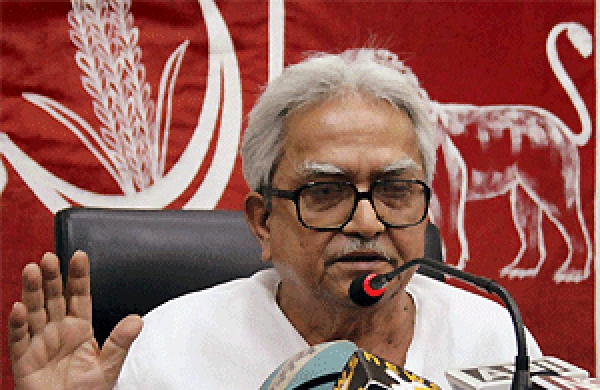 By Express News Service
KOLKATA: The Left Front, one of the allies of the grand alliance in West Bengal, announced its list of candidates for 39 Assembly seats on Friday. While Congress was given 12 seats and the newly-formed Indian Secular Front (ISF) five,  the alliance partners could not come to a unanimous decision in four seats.

“We will contest in 39 Assembly seats and five of our candidates are women. We have inducted many young faces in the fray,’’ said Left Front chairman Biman Bose after releasing the list of candidates.Nandigram is one of the four seats for which candidates are still to be chosen. It is learnt that the alliance partners are yet to find a person to take on Mamata Banerjee.

The Congress and ISF are yet to announce their candidates. The Left is hoping for a change after faring miserably in the 2019 Lok Sabha polls. “Other than the young faces, many candidates are aged between 40 and 50,’’ said Bose, the veteran CPI(M) leader.

The party’s state secretary Suryakanta Mishra will not contest this time. “We have decided to give young faces berths. In the recent past, the party’s youth wing showed impressive performances while campaigning against the Centre and the state government’s anti-people policies,’’ said the leader.