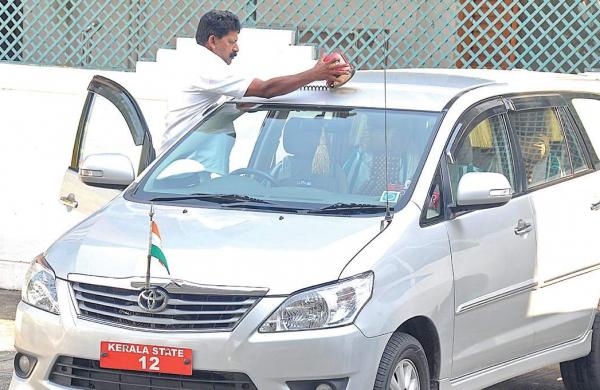 By PTI
KOLKATA: The transport department of the West Bengal government on Friday released a list of ministers and officials who are entitled to use beacon lights atop their vehicles during emergency duties.

The department’s notification came after the police arrested a few people for impersonating as senior officers of the state government and the CBI and using vehicles with beacon lights on them.

According to a notification, all ministers, the chief secretary, officials in the rank of additional chief secretary and principal secretary are eligible to use the beacon light on their vehicles during emergency duties.

Besides, all divisional commissioners in their respective jurisdictions, all DGPs, ADGP, IGPs, DG of Fire services, Commissioner of Excise, Commissioner of Commercial taxes and all DMs can use beacon lights, it said.

The list also includes all SPs, SDOs, SDPOs and all police patrol cars and escort vehicles and fire tenders.

Any deviation from the list “shall be considered as violation of law and and will be liable for prosecution accordingly,” the notification stated.