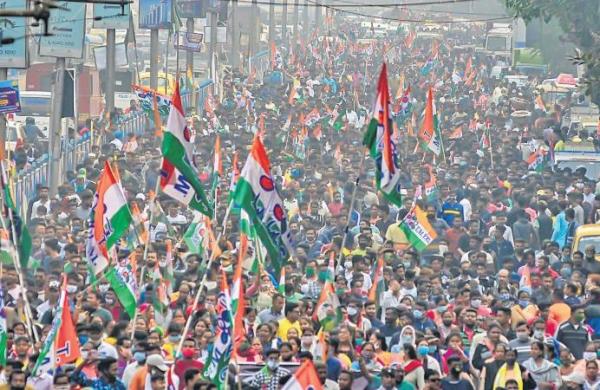 Diamond Harbour legislator Dipak Haldar is likely to switch to BJP during a rally at Baruipur in South 24-Parganas on Thursday.

Bhattacharya, who was elected on Congress ticket in 2016 and later had defected to the TMC, said, “When people like me quit their profession and join politics, they come with a vision. I joined politic to uplift the lot of the people of my constituency. My repeated pleas to the leadership to address the malpractices and corruption had always fallen on deaf years. Hence, the decision to join BJP.”

Haldar, too, had been vocal about his discontent over the party leadership.

In an ominous signal of the Bengal electoral battle being marred by violence, “goli maaro…” chants were raised at TMC and BJP rallies, though both parties distanced themselves from the slogan.

At a rally led by Suvendu Adhikari in Chandannagar on Wednesday, the slogan “desh ke gaddaron ko, goli maaro…” (shoot the traitors) was allegedly raised by a few BJP cadre.