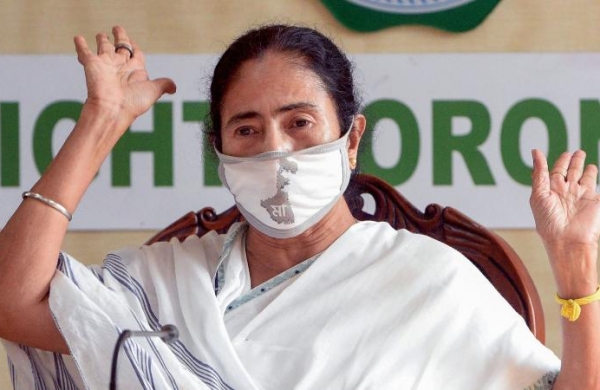 By PTI
NANDIGRAM: Trinamool Congress supremo and West Bengal Chief Minister Mamata Banerjee has declared that her net worth is Rs 16.72 lakh.

Banerjee, who is contesting the Nandigram assembly constituency in Purba Medinipur district, doesn’t own any vehicle or property, according to her self-sworn affidavit filed before the Election Commission of India.

The 66-year-old leader’s total movable assets are worth Rs 16.72 lakh.

Cash in hand with the chief minister is Rs 69,255 while she has a total bank balance of Rs 13.53 lakh which includes Rs 1.51 lakh in her election expenditure account.

She also has a deposit with the National Saving Certificate (NSC) of Rs 18,490. The affidavit showed that her tax deducted at source (TDS) receivable is Rs 1.85 lakh in the financial year 2019- 20.

A voter of Bhabanipur assembly constituency in Kolkata, she received a royalty of Rs 930 in 2019-20.

Banerjee has a number of books to her credit.

The chief minister has no criminal case pending against her.

She is an MA from the University of Calcutta and also holds an LLB degree.

Banerjee on Wednesday filed her nomination papers from the Nandigram constituency, where she is pitted against her protege-turned-adversary Suvendu Adhikary of the BJP and Minakshi Mukherjee of the CPI(M).

Voting will be held in Nandigram on April 1 in the second of the eight-phase polling.