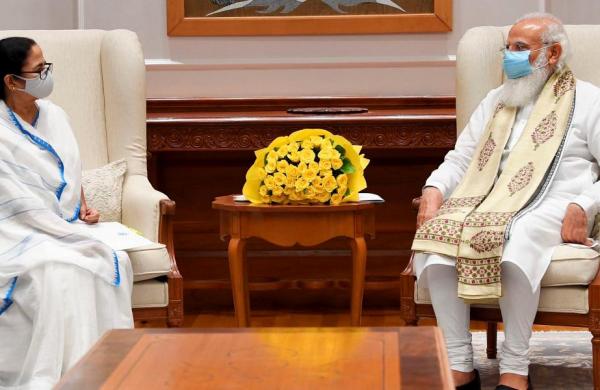 This is her first visit to the national capital since Trinamool Congress returned to power in the assembly polls earlier this year.

Her visit has coincided with the monsoon session of parliament in which the opposition parties are protesting on a range of issues including the allegations of surveillance through Pegasus spyware, price rise, and repeal of three farm laws.

Earlier in the day Madhya Pradesh Congress chief Kamal Nath and Congress leader Anand Sharma met the Trinamool Congress chief. Sharma told the media that he and Mamata Banerjee have worked together for years.m”I appreciate her for how she fought the recent polls and won. She has come to Delhi for the first time after victory, so I came and had tea with her,” he told the media.

ALSO READ| Unity of opposition parties will take shape on its own, says Mamata Banerjee

Mamata Banerjee was in Congress before she formed her own party.